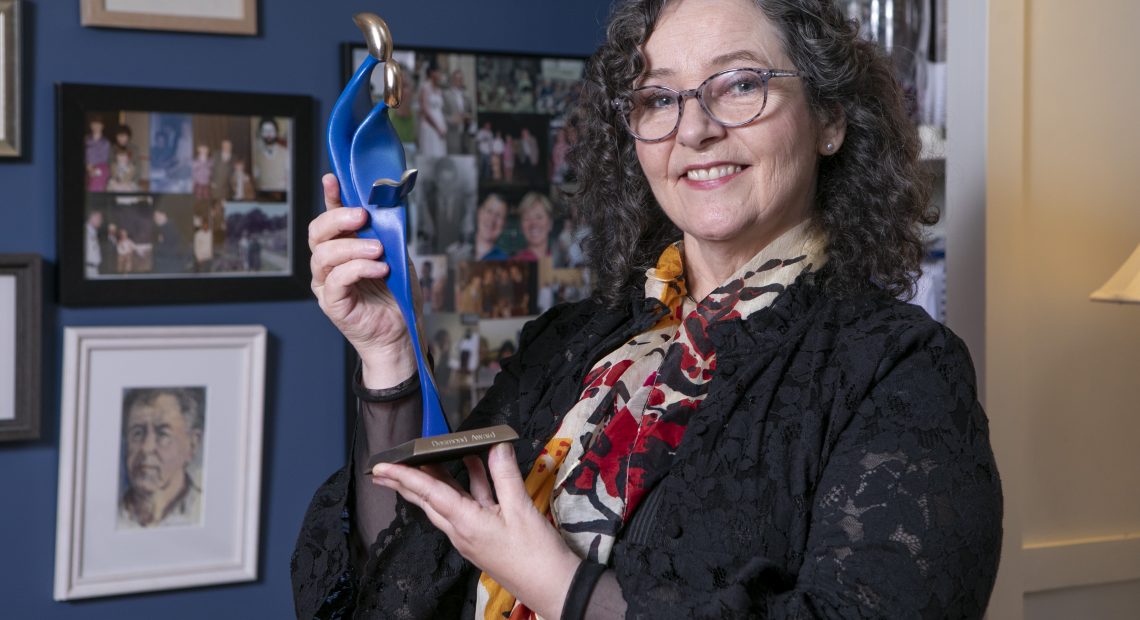 Kilkenny’s Liz Kett is one of four teachers nationally to be recognised with a coveted Teachers Inspire Award for 2021.

Organised and run by Dublin City University, Teachers Inspire is an Ireland-wide initiative that seeks to celebrate teachers and to recognise the transformative role they play in our lives and in our communities.

It is curated by acclaimed author Louise O’Neill, who has also hosted the Teachers Inspire podcast, sharing stories of teachers who have made a difference, and it has prompted hundreds of nominations since it began in 2019.

Liz, a retired Art teacher with Grennan College, Thomastown, was nominated by former student Gerard Kelly who said she provided a safe space for him as he was coming out as  a gay teenager in rural Ireland.

Gerard recalls: “Her room was always open, regardless of if it was anything to do with school or subjects, Liz would take you underneath your wing and just make you feel safe and give you space to grow and be yourself. Not only did she become someone in school I felt comfortable confiding in, but she helped me believe in myself enough to get to where I am today.”

Accepting her award, Liz said, “I am shocked and honoured to have been nominated. I think that an award such as Teachers Inspire Ireland might be like a signpost to assure teachers, or anyone working with people, that often it’s the small moments that matter most.”

Curator Louise O’Neill added: “We received hundreds of entries for the Teachers Inspire initiative and if there was any recurring theme, it was the power of teachers to encourage their students to believe in themselves, and how those young people carried that message throughout their entire lives.”

Two out of three Kilkenny pubs closed due to Covid-19 could be out of business by 2021: report

WINE O’CLOCK: A taste of Italy at bargain prices