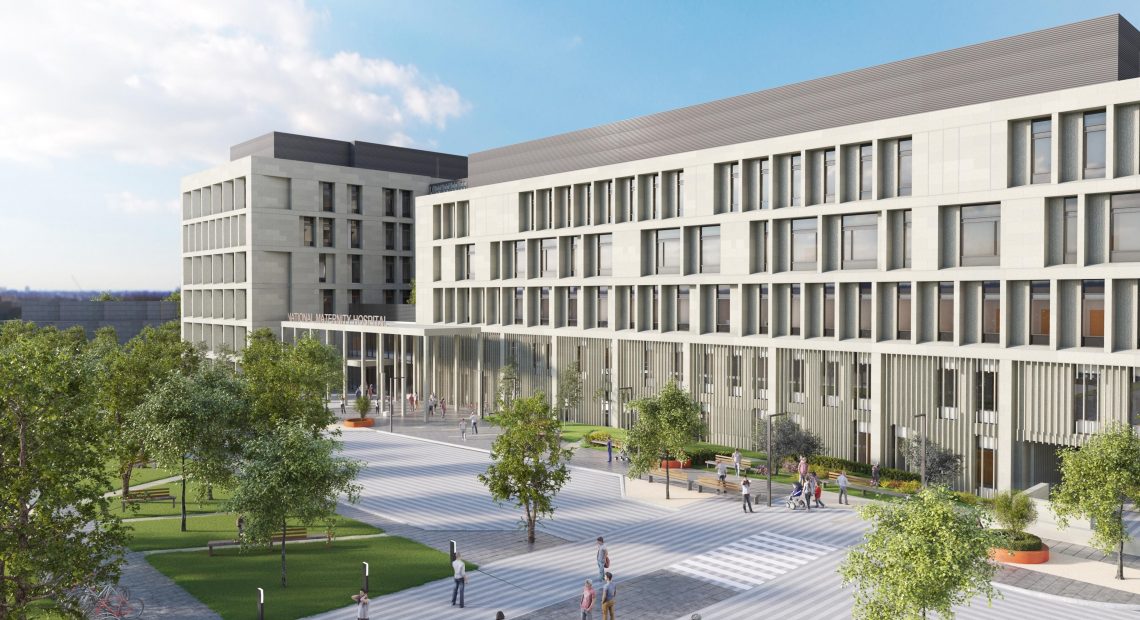 The politicians who are trying to block the construction of the new National Maternity Hospital on the site of St Vincent’s, in south Dublin, are waging a phoney war.

This battle was won more than 40 years ago and even then it was a bit of a sham fight. The loser was not the Catholic Church, which has been cast as the villain in the current controversy, but a more traditional bogeyman, the landlord.

The issue was one of principle and it concerned, not public buildings, but the land on which most private houses stood.

Before 1978 very few people in Ireland owned the land on which their houses were built. They leased it from whoever did own it.

In legend, and popular imagination, the owners were English aristocrats whose grasping, grinding   forebears had seized the land from oppressed Gaels. In practice they were usually construction companies and local authorities.

The terms of these ground leases were not onerous. They  typically covered many lifetimes – 900-year leases were not uncommon – and, although a ‘ground rent’ was levied on householders, it was usually for a very small amount.

Nevertheless, people were annoyed that these landlords (that’s the origin of the word) could oblige them to pay money while providing no service of any sort. So in 1978 an Act was passed forbidding the creation of new ground leases and  a scheme introduced to let home owners buy out the existing ones.

The abolition of ground rents put paid to any suggestion that ownership of land conferred rights over the property built on it. But, in truth, that was always the case.

If the householder wanted to build a pigeon loft or an outdoor gym, use the garden walls as a handball court or sunbathe nude on the balcony, that was none of the land owner’s business.

The householder might fall foul of planning regulations, noise abatement rules or laws on public decency, but the preferences of the land owner had no bearing on these matters.

Nowadays, nearly all householders own the land their homes are built on but that is not true of public properties. Many public offices are rented in their entirety, both the land and the building, while others – some Garda stations and law courts, for instance -are on leased land, not owned by the State.

The ownership has no practical relevance. A local authority may own the land on which a courthouse is built, but it cannot pick the juries or tell the judge that sentencing is  too harsh.

And that’s how it will be if the new National Maternity Hospital goes ahead, as planned, on the south Dublin site owned by the St Vincent’s Healthcare Group on behalf of the  Religious Sisters of Charity.

St Vincent’s has said all medical procedures legal in the State will be available at the new hospital, including those that run contrary to Catholic ethos, such as termination of pregnancy.

But it doesn’t really matter what St Vincent’s says because it’s not going to have a say. The State, in the form of the HSE,  will own the hospital building and have a  299-year lease on the land. The lease will probably outlast the Sisters of Charity but, in any case, until it is up they will have no right to interfere in the running of the maternity hospital.

The plan to move the National Maternity Hospital from Holles Street in central Dublin was approved in 2013. The Elm Park site was chosen in 2016.

So the issue has been debated and examined for almost a decade. The projected cost of the hospital  has risen in those years from €300 million to €800 million and will almost certainly top €1bn by the time it is built. Until then, thousands of women will give birth in a hospital opened in 1894. Its  medical facilities are restricted, the ancillary facilities are woeful, and there is little privacy on its wards.

Women want the new hospital and none of the medical professionals who will work in it have expressed any fear of Church interference. The Minister for Health and his two immediate predecessors have backed the move, as has the Taoiseach.
So, please, let us get on with it and stop fighting a phoney war over an issue that doesn’t exist.