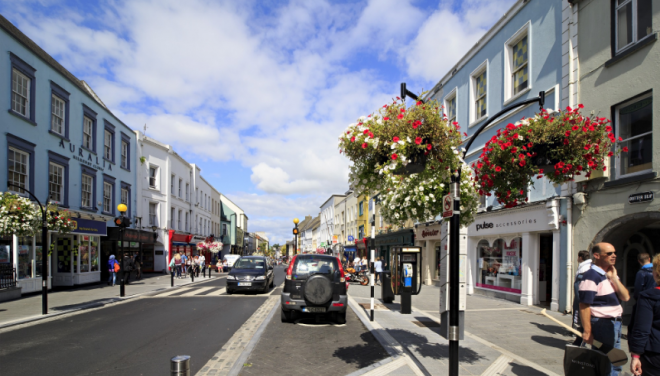 Kilkenny has again been named the cleanest of Ireland’s 40 towns and cities in the latest litter survey.

This means Kilkenny has topped the Irish Business Against Litter (IBAL) litter rankings for a record fourth time.

The Marble City finished ahead of Killarney in Kerry and Swords in Dublin at the top of the table.

An Taisce, who conduct the surveys on behalf of IBAL, praised Kilkenny for “a superb achievement for such a popular bustling centre”.

It added: “High Street, Market Cross Shopping Centre, the Train Station and the River Nore Walk were all exceptionally well presented and maintained.”

Kilkenny displayed the largest improvement of all locations after jumping from joint ninth last year.

Because of Kilkenny’s success, IBAL is offering to facilitate the setting up of a pilot programme to recycle cigarette butts in the city, as they remain one of the litter scourges of our towns and cities.

“Perhaps no one item illustrates the link between litter and the broader environment better than the cigarette butt,” Conor Horgan of IBAL explained.

“Cigarette filters are essentially single-use plastic which readily winds its way into our sewers and rivers, adding to the problem of plastic pollution, which threatens to see more plastic in our oceans than fish by 2050.  Yet every day we see people nonchalantly flicking butts onto our pavements.”

From next year, an EU directive will force tobacco manufacturers to cover the cost of cigarette butt collection and processing in an effort to drastically reduce the numbers of cigarettes disposed of in the environment.

The programme in Kilkenny could see recycled butts go to start-up NoButts.ie, which turns discarded cigarettes into cellulose acetate for re-use in sunglasses and other products.

Overall the survey found all Ireland’s cities’ centres were clean for the first time, and that there was significantly less litter on our cities’ streets compared to a decade ago.

However, Dublin’s North inner city recorded its worst showing in years and was branded ‘seriously littered’, while overall litter levels in Ireland’s towns were up on 2018.

In all, 21 of the 27 towns inspected were deemed clean. The city areas of Galvone in Limerick, Ballymun in Dublin and Cork Northside were ‘littered’, with Dublin North Inner City at the bottom of the rankings.