What did you have for breakfast?

Porridge. I absolutely hate it but I’ve found a recipe with shredded coconut and almond milk that makes it edible.

How much money do you have in your pocket right now?

What’s your favourite memory of Kilkenny?

I remember vividly the first time I got a phone call telling me I had been booked for Cat Laughs. I had been a punter long before I started doing comedy so it was a big moment.

How do Kilkenny audiences compare with others?

Kilkenny audiences are great and are very comedy savvy because of the festival. So they don’t let you away with anything. You have to be on it!

Name your favourite pub in the city

I’m there for the grub more than the pub. For me Zuni’s is the place to be. Over Cat Laughs weekend I have a Zuni’s dessert for every meal. I also really like Cleere’s. My favourite place that I have ever gigged was the Village Inn. That room was where I saw so much amazing comedy before I ever thought of doing stand-up.

What is your most treasured ‘Cat Laughs moment’?

My first one was pretty special. I was astonished I had been booked and my first gig was in The Hibernian was with Sarah Millican and Kevin Bridges. It was amazing.

When was the last time you were heckled? How did you react?

Heckling is part of the job.  I don’t have a whole lot of interest in hecklers. Every so often you get an amazing line back but mostly it’s just some drunk telling you it’s their mates birthday. I had one on tour recently.. I have tracked them down and systematically destroyed his life ever since. I literally just took a hit out on his family. It cost €9 hence the €11 in change if have in my pocket.

Do you ever suffer from stage fright?

No, although I did at the start. I did a of course in work that was supposed to make you a confident leader and bizarrely it cured my stage fright and I left work to do stand-up full time.  I’m not sure if they would consider that outcome a success.

What is your favourite holiday destination?

I love New York. But I haven’t been in ages.

Where would you most like to live, and why?

I’d love to live in Los Angeles. I was there for a month a while ago and I loved it. I loved the weather, the positivity, the comedy scene. Though I have a friend that works in zoology over there and she was saying 25% of dead coyotes have a cat in their stomach. For some reason I found that really off-putting.

What is your personal motto?

I’m not sure I have one…. but I tend to say “ah it’ll be grand….what’s the worst that could happen?” Quite a lot.

What would your dying words be?

Will there be WiFi there?

*Gearóid will be performing live this weekend with Dara Ó Briain, Angela Barnes and Kevin McGahran on Friday, May 31, at Hotel Kilkenny.

He will appear alongside Tommy Tiernan, Lucy Porter and Jason Byrne on at 6pm on Saturday, June 1 at Hotel Kilkenny – SOLD OUT.

And you can catch him at the Mór Gin Tasting at 6pm on Sunday, June 2 at Paris Texas. 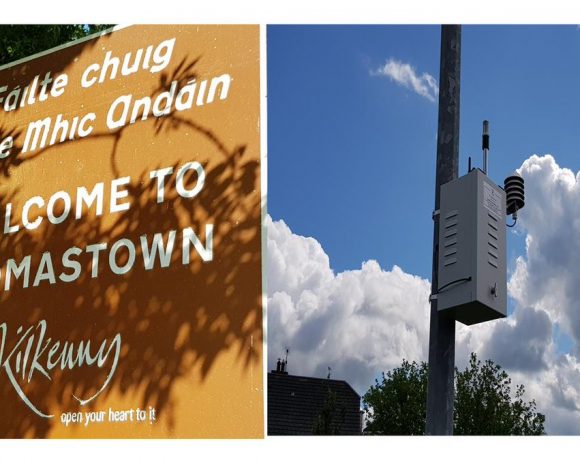