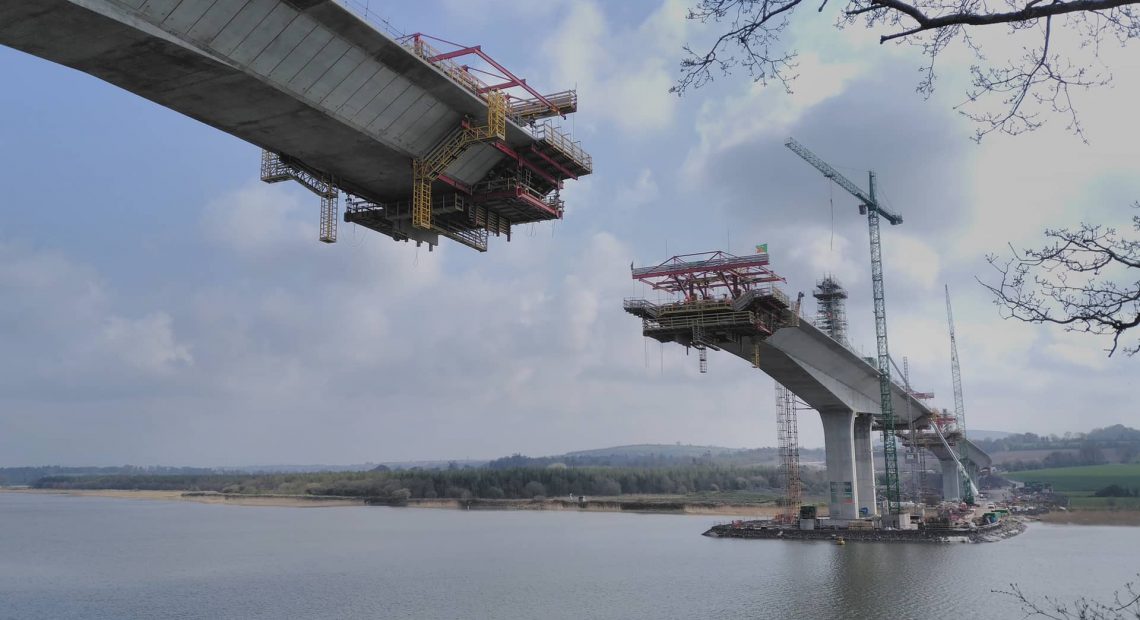 THE COUNTRY’S longest bridge – which will connect South Kilkenny and Wexford – will be open to traffic before the end of the year.

The New Ross Bypass Bridge will span 900 metres and connect the N25 at Glenmore with Strokestown on the Co Wexford side.

The senior engineer overseeing the project, Sean Dobbs, today told KCLR that the bridge will open in the “fourth quarter” of this year.

Mr Dobbs said many of materials used in the construction of the bridge – which will have an equivalent amount of wrought iron as Paris’ Eiffel Tower – were sourced in Co Kilkenny.