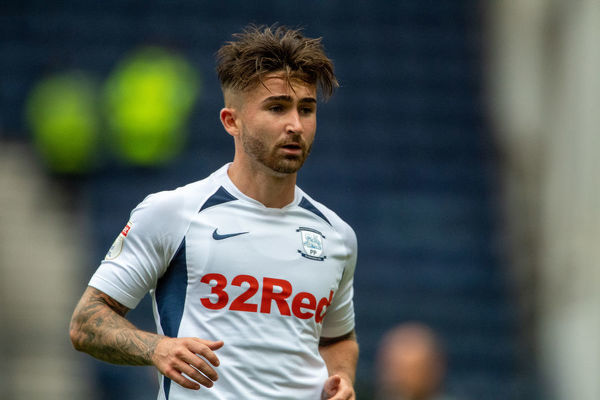 KILKENNY’S Republic of Ireland striker Seanie Maguire was on the score sheet once again over the weekend, but just a couple of weeks ago he feared he might never play football again.

The 25-year-old Kilkenny man scored the only goal in Preston North End’s 1-0 away win at Birmingham City, a win which pushes his club up to third in the championship. It’s Maguire’s third goal in five games.

Yet Maguire has just revealed the extent of the freak injury which saw him pull out of Ireland’s matches against Switzerland and Bulgaria recently.

In an interview with the Lancashire Evening Post, Maguire said he was left blind in one eye for a week after being hit by a ball during training.

During a Preston training session, a ball rebounded off a defender from a shot Maguire took himself and struck him in the left eye. Maguire hit the deck and when he opened his eyes, he was blind.

Within seconds he regained sight in his right eye, but nothing from his left eye. Speaking to the Lancashire Evening Post, Maguire admitted he got “the fright of my life”.

“I went to take a shot during training and it hit a couple of players. I didn’t have the chance to react and close my eyes, the ball bounced up and hit me in the left eye, straight in the eyeball. I got up off the ground and Daniel Johnson (DJ) was around me,” he recalled.

“DJ was talking to me and I couldn’t see him, at that point I got the fright of my life.

“My right eye started to come back but when I put my hand over it, I couldn’t see out of the left one. I walked over to our physio Matt Jackson who took a look and knew that something was wrong.”

The Irish international was rushed to hospital. It was then, he said,  that he “started to panic and worry” Maguire explained.

“The blood pressure was four times higher in the left eye than it was in the right. Being hit by the ball had burst a few of the blood vessels.

“For the next five or six days, I was sat at home and couldn’t really see out of my left eye. I was over-thinking it probably but there was the possibility of me not being able to see out of that eye properly again.”

After visiting a number of specialists in and around the Manchester area, Maguire was given the all-clear to resume playing, and he is wasting no time in catching up.

The Kilkenny sharpshooter has scored in his last two games. His goals have propelled Preston to third in the Championship, just one point off leaders Swansea City and Leeds Utd.