THE High Court has granted summary judgment for some €571,000 against a British lord who once owned and later rented Kilkenny’s Castletown Cox.

Castletown Cox, widely considered to be one of Ireland’s finest Georgian mansions, is the secondary family home of Lord George Magan and his family.

The judgement against Lord Magan was over a prolonged dispute about rent arrears for the mansion and its 513 acre estate.

Lord Magan, whose primary residence is in Kensington, London, opposed the application for judgment by a trust set up by him, the Castletown Foundation.

The foundation, managed by Jersey-based Yew Tree Trustees, was established to benefit two of his children, Edward Magan and Henrietta Black.

In a counter-claim, he argued he was entitled to a set-off of some €361,000 for what he spent on upkeep of the property since the trust stopped contributing towards maintenance in 2013.

He separately claimed he was entitled under the Landlord and Tenant Act to a new tenancy and that this matter was currently before the Residential Tenancies Board (RTB).

The British lord claimed the trust took unlawful possession of the house in a “dawn raid” on May 23 last when what his lawyers described as “a large gang” employed by the trust cut chains and locks to forcibly enter the property. No member of the Magan family was there at the time.

He is seeking damages for trespass and forcible entry because he was disputing the termination of his tenancy at the time.

The trust said it costs half a million a year to look after the property. It argues that €100,000 in rental income and fees from a licence to use the house’s world class collection of fine art, paintings and furniture, most of which are owned by a separate trust, is not enough to pay the bills.

This was the circumstances of the €570,000 rent arrears, while some €1.8m is also due under the licence for use of art and furniture. Lord Magan also owes another €2.1m for loans to him from the trustees to meet personal expenditure unrelated to Castletown Cox, the trust said.

Alongside this, some €14.5m in borrowings are secured on the property to a finance company, Sancus Jersey.

The trust managers, Yew Tree Trustees, decided in 2015 the only way to relieve the financial strain on the trust was “to bite the bullet and sell Castletown Cox”.

An agreement was reached this year to sell it to an unidentified buyer for more than €19m.

That sale was due to close last August. A month later, Sancus Jersey could have exercised its right to appoint a receiver to the property because of default on the unpaid €14.5m.

However, the court heard, the intended purchaser paid off the debt in anticipation of securing ownership of the house.

If Sancus appointed a receiver there would be a “fire sale” of the asset and significant value would be lost, the trust said.

The Castletown Foundation argued that if the court granted summary judgment over the unpaid rent, Lord Magan cannot then maintain his claim for a new tenancy because the judgment would be a “knockout blow”.

Lord Magan’s lawyers said the matter should go to full hearing in order to prevent an injustice in circumstances where he was now counter-claiming for wrongful exclusion.

Mr Justice Robert Haughton, in his judgment today, said the foundation was entitled to summary judgment of €571,893 over the rent arrears. He also ordered 20% of that should be remitted to the Revenue in Withholding Tax.

In relation to Lord Magan’s application to dismiss the foundation’s case over the purported termination of the tenancy, he declined to strike out the reliefs it sought.

However he granted a stay on the foundation pursuing certain reliefs in relation to the tenancy pending determination of the landlord and tenancy proceedings.

He will hear the parties on a later date in relation to staying further hearing of the matter in the High Court pending determination in the Circuit Court of issues related to the validity of the purported tenancy termination.

WEEKEND WEATHER: Calm after the storm 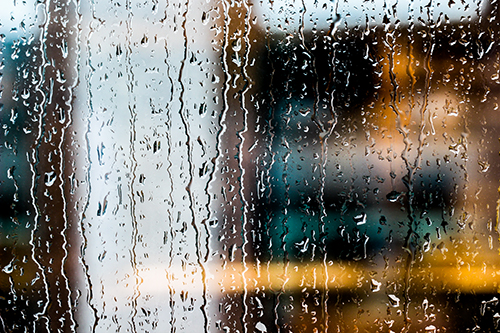