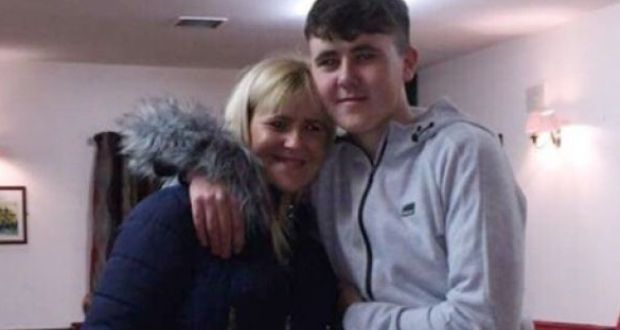 THE heartbroken parents of a teenager who died after taking an illegal substance at a music festival have urged young people not to experiment with drugs.

“With kids, with teenagers, their lives are so different to ours.

“Just makes you more aware of the reality of life and we’re all heartbroken and there’s no way back for us, but there might be for someone else,” she added.

Elaine’s 19-year-old son Jack was rushed to hospital after suddenly falling ill at the Indiependence festival in Cork earlier this month. It is believed he had taken ecstasy or MDMA. He died three days later.

His heartbroken parents allowed Jack’s friends into the ward to say their last goodbyes and so that they could see for themselves the damage illegal drugs can do.

Jack’s father Johnny, who is a Garda based in Clonmel, said that when it comes to illegal drugs, there is no such thing as a bad batch as it’s “all bad”.

“Smart, educated people think they’re invincible, there’s no class in it and it’s all around us,” he said.

“We put ourselves into a bubble thinking ‘it’s never going to happen to us’ but unfortunately, it has happened to us.

“It’s so prevalent in a sense that we just turn a blind eye.”

Mr Downey said it is very easy for young people to fall into the “trap” of taking drugs.

“It’s so easy for young fellas and young ones to fall into this trap and say, ‘sure look, I’ll get the buzz and be grand, drink a glass of water and be grand tomorrow morning’. There’s no quality control in this, there’s no such thing as a bad batch, it’s all bad.

“We need to talk, that’s the bottom line,” he added.