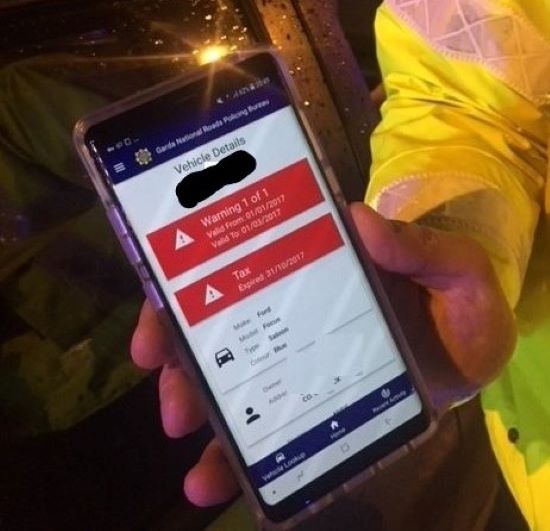 Kilkenny gardai will soon be armed with new technology that will allow them detect vehicles without valid tax, insurance and NCT – and to recognise disqualified drivers.

The rollout fof the crime-busting app follows the successful trial of 50 devices in the Limerick Garda division.

The app is now being rolled out on 2,000 Garda devices nationwide, with 484 of these being earmarked for the eastern region which includes Kilkenny. The new technology will be distributed among the Road Policing Unit.

It will also allow officers to issue fixed charge penalties from the roadside.

It is estimated there are up to 150,000 uninsured drivers on Irish roads. According to reports, some 80% of motorists issued with driving bans fail to hand over their license.

It is expected more of the new devices will be rolled out later in 2020.