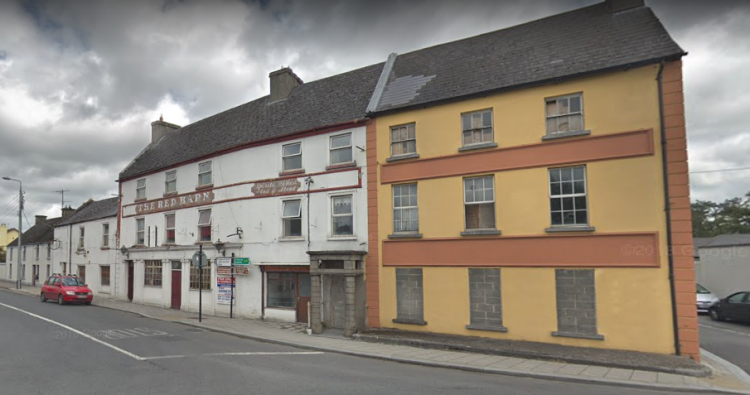 Plans to transform a derelict landmark pub in the centre of a Kilkenny town into social housing units have been given the green light.

The Good Shepherd Centre in Kilkenny has been granted planning permission to build 12 new apartments for families and individuals on the site of The Red Barn pub in the centre of Ballyragget.

The Kilkenny-based homeless charity originally lodged the plans with the local authority last September. It was finally given the go-ahead for the project by An Bord Pleanála in recent days.

The national planning authority approved the development despite some objections to the plans from local interests.

Under the development plan, the Good Shepherd will demolish the derelict two-storey building beside the Red Barn on Patrick Street, its adjoining out-buildings and existing barn to the rear of that site.

This will allow for the construction of a block of apartments at the front of the building where the pub is located. A row of bungalows will also be built at the rear of the old pub.

The Red Barn pub itself will remain mainly intact, with just some alterations to the facade to allow for a more user-friendly entrance.