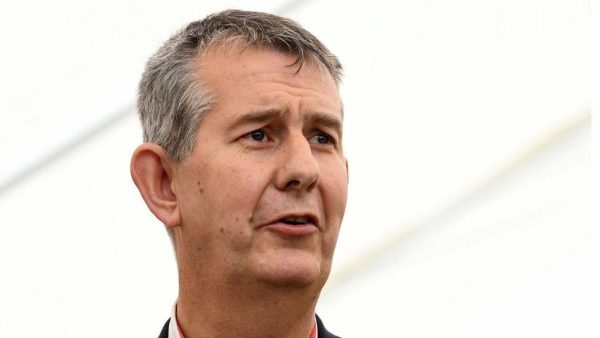 Of the many changes Ireland has seen in recent years, none has  been more dramatic than the collapse of organised religion.

It is in decline all over the western world, but the retreat, which has taken the best part of a century in, say, Britain and France, has been condensed into a few decades here.

New CSO figures on marriage paint a stark picture. In 1980 almost everyone who married in Ireland did so in a church. Fewer than two per cent of marriages happened at a non-religious ceremony. For 2020, the figure was 49.8%.

The abandonment of organised religion is even greater than those numbers suggest, since many people like to get married in a church, for the ceremony, the tradition, or maybe to please their families. They may not be back in one until they are carried there in a coffin.

The decline in worship is often attributed to scandals in the Church but I don’t think that tells the full tale. In truth, people have simply stopped believing the Christian story. They may retain their own personal spirituality and belief in an after-life. But the Bible story, on which the Church was built, is no longer seen as credible.

When I was a child the story was taught in simple and almost literal terms by clergy and catechism. It began with Original Sin in the Garden of  Eden and advanced through various trials and tribulations to the Virgin Birth and, as Superintendent Ted Hastings would remind us, Jesus, Mary, Joseph and the wee donkey.

Organised religion exists to explain and promote that story. If the story is no longer believed, then the Church is left with only a social and ceremonial function.

There remains, however, one section of Irish society in which the story is believed in its most literal form and a representative of that group is favourite to be the next leader of Northern Ireland’s  biggest political party.

Edwin Poots, the north’s agriculture minister, is a creationist who believes the Earth is just 6,000 years old. I’m not sure if he holds that life began with Adam and Eve and was saved from watery extinction by a boat builder called Noah, but he does not believe in evolution, maintaining that all species arrived on the planet in their present form.

So Mr Poots believes in something that has been proven totally untrue. It is disturbing that a man with such ideas should be given a role in governing how others live.

Mr Poots is aiming to replace Arlene Foster who was ousted as DUP leader, in part because she refused to support ‘gay conversion’, a  ‘therapy’ which attempts to ‘convert’ homosexual men and women to hetrosexuality.

On a recent edition of the BBC programme Newsnight, veteran DUP politician Nelson McCausland attempted to explain this extraordinary concept to interviewer Emily Maitlis. Ms Maitlis is a very experienced broadcaster. She is not surprised by much but it was clear from her questioning and tone of voice that she found this absolutely bewildering. When the camera briefly caught her face. it revealed an expression of puzzlement appropriate to someone who had suddenly found themselves transported back to the  seventeenth century.

Mr Poots voted against banning gay conversion. Even if he does not get chosen as DUP leader he could well end up as First Minister of Northern Ireland, because his rival,  Jeffrey Donaldson, sits at Westminster, not the Stormont assembly.

If Mr Poots gets the job, politicians who represent the rest of the country -a country increasingly sceptical about all religious teaching – will be expected to work with this fundamentalist and, to some extent, accommodate his views.

It does not bode well. The natural instinct of reasonable politicians is to compromise and that is what leaders in Dublin and London will try to do over Brexit and other divisive issues.

But how do you compromise with a man from the seventeenth century? How does a country that increasingly rejects organised religion find common ground with someone whose beliefs would sit comfortably with those of Oliver Cromwell?

KILKENNY WEATHER: Rays of hope as country begins to emerge from lockdown

Kilkenny gardai seize €5,000 of cannabis and MDMA during search of house in city