MICHAEL WOLSEY: ‘There’s not much room for soul in a church that’s busy setting up debit card machines in its vestibule’

I AM not a religious person. I hold to no faith and worship no god. But they say the devil can quote scripture for his own ends. So here are two quotes that came to mind when I read of the financial difficulties of the Catholic Church in Ireland.

My house shall be called a house of prayer, but you have made it a den of thieves.

The labourer is worthy of his hire.

The first, from Matthew’s Gospel, relates to an incident where Jesus, enraged by the sight of money-changers and traders at the Temple Mount, overturned their tables and scattered their wares.

I wonder what he would have made of the plan, to be tested in some Dublin churches, for collections by way of contactless debit card. Payment points will be set up at church entrances.

It’s practical, I suppose. But so was money changing at the temple. It’s the modern way. But the same could have been said by the hawkers and traders in old Jerusalem. It makes business sense. But is business the business of the Church? Another line from the Bible has come into my head.

What will it profit a man, if he shall gain the whole world and lose his own soul?

That’s from Mark’s Gospel. His modern successors know about profit but are a bit hazy on the soul thing. There’s not much room for soul in a church that’s busy setting up debit card machines in its vestibule.

But I’m getting ahead of my quotes here. Let me go back to the second one, which is from the gospel according to Luke. It came to mind when I read about the priests in Waterford who almost didn’t get paid last September, and again in the run up to Christmas.

The special collections that are meant to cover their wages fell short and the diocese had to dip into funds, raised by regular collections at Mass, which are intended primarily for the upkeep of church buildings.

Since I keep hearing about a shortage of clergy, I assume the Church needs all its priests. But does it need all its churches? Attendance at Mass has dropped hugely. When the film industry suffered the same problem, cinemas were closed. When newspapers lost readers, editions were chopped. There are fewer punters in the pubs, so some of them have been turned into coffee shops.

There are half-empty churches all over Ireland and other under-used church premises, including presbyteries and convents. If the Church sold them, the money would cover a good few clerical salaries. Robbing Peter to pay Paul, you might say. But I don’t think either man would have viewed debit card machines as a healthy alternative.

As I said, I am not a religious person and really this is none of my business. But the Church has never hesitated to interfere with my life, so I hope I will be forgiven for delving into the deep recesses of memory and dragging up two more quotations which would suggest that the founder of Christianity did not put wealth high on his list of priorities.

The first is from Matthew again.

Consider the lilies of the field, how they grow. They toil not, neither do they spin; yet I say to you, that even Solomon in all his glory was not arrayed like one of these.

And the second is from Mark.

It is easier for a camel to go through the eye of a needle, than for a rich man to enter into the kingdom of God.

I suppose he could flash a debit card and try to sneak in but I doubt if he would get away with it. 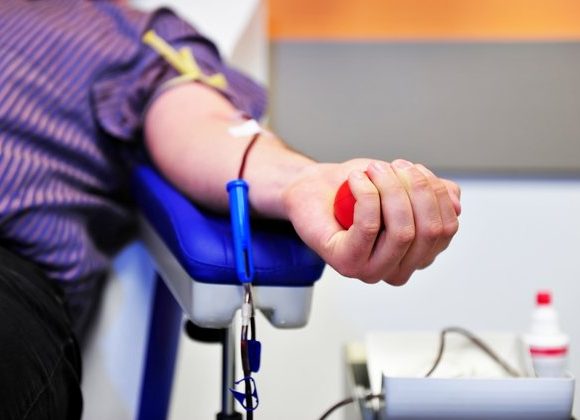 Kilkenny people urged to donate blood and help save lives