FOR the first time, four clubs from the same country will contest the finals of soccer’s two big European tournaments. The success of these Premier League sides has the English media singing Land of Hope and Glory.

“Who needs a European super league?” scoffed The Mirror. “We have one already!”

The Daily Express said the achievement showcased “the best of British talent … and English football at its finest”.

The Times allocated a leading article, no less, to opine that “the gods of football seem to be smiling on England at the moment”.

There was a time when The Thunderer would not have let a football story stray beyond the sports pages, much less into its sacred leader columns. Maybe it should have stuck to that policy.

The success of the four clubs has nothing to do with English football as such. It is driven by the international nature of the Premier League.

The victorious sides have few English internationals on their books. Spurs may start as many as four for their Champions’ League final. Their opponents, Liverpool, will probably start with two as will Chelsea for the Europa League final.  Their opponents, Arsenal, could also field two but might well start the game without a single English player on the field.

None of the four clubs is managed by an Englishman. Hardly any are. In the season just ended only five Premier League teams had an English manager and two of those were relegated.

I’m unhappy about the money spent on top-flight soccer nowadays and the gulf it has driven between the lifestyles of players and those of the fans who ultimately pay their grossly inflated wages. But there is no doubt that, in England particularly, it has created a very exciting league which puts some wonderful football on display.

It’s a pity the Brexiteers of Little England do not learn the lesson of their football league. When Uefa first organised European soccer tournaments, in the 1950s, England boycotted them. English teams were very conservative in their tactics and could not accept that they had anything to learn from the rest of the world.

The rest of the world showed them they were wrong. England lost to the United States in the World Cup of 1950. They were beaten by Hungry in 1953 and 1954, the second a humiliating 6-3 hammering at Wembley.

In 1957, Matt Busby defied the English soccer authorities and took Manchester United into the European Cup. He looked and learned from the top sides of Spain, Italy and Germany and, with United leading the way, English club football began to change.

English clubs opened their doors to the world and have never looked back.

The country, unfortunately, has gone in the other direction; retreating from Europe, threatening to deport foreign workers, voting for xenophobes.

Football in England is bigger than ever, but the country is shrinking. The nation that helped shape the modern world has become a land of whingers and whiners who can’t agree on what day it is.

English football clubs are strong because they embrace the world. And England has never been so weak. 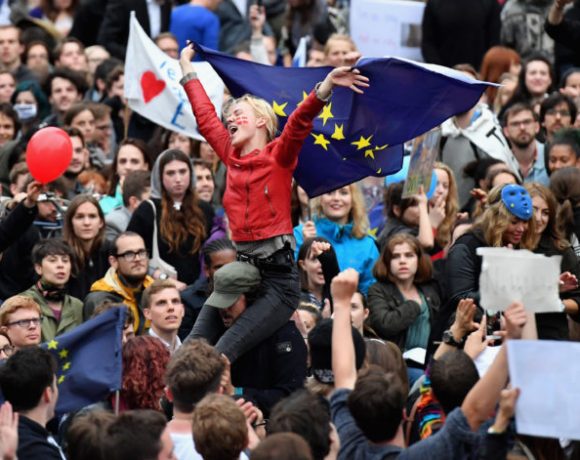