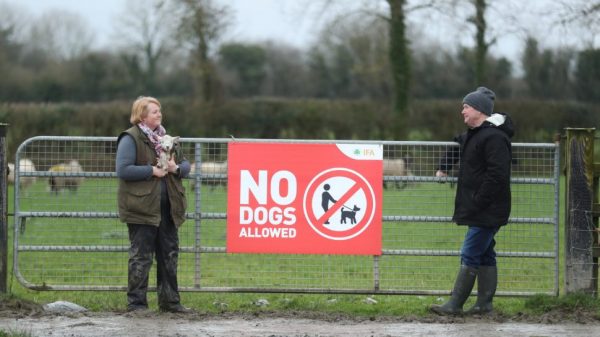 Farmers in Kilkenny have joined a national campaign aimed at dogs and pet owners in the wake of a rise in attacks on livestock.

With lambing season almost here, the Irish Farmers Association (IFA) has launched a nationwide campaign in which farmers will place posters on the gates of their properties saying: “No Dogs Allowed.”

IFA National Sheep Chairman Sean Dennehy said farmers have no choice but to refuse walkers with dogs access their lands when livestock and their young are susceptible to attacks.

Mr Dennehy added: “There has been a significant increase in attacks in recent months We also have reports of farmers encountering verbal abuse and intimidation when they remind dog owners of their responsibilities and the dangers of letting their pets off the leash.”

WEATHER FORECAST: Kilkenny braced for very wet week – but glint of sunshine on the horizon