PAUL HOPKINS: Life in the time of coronavirus: A diary of self-imposed isolation. Trillions of viruses … and those boom-time rats

When my younger brother and I were small, before our sister arrived into this world, and we would get one of those many childhood ailments, my mother would send for the doctor, having created a bed downstairs for whoever was laid low, by way of two armchairs facing each other, offering a temporary cocoon.

The doctor, O’Dolan by name, would eventually arrive, take a temperature and use his cold stereoscope on us and then say to my mother: “Nothing to worry about here. It’s germs, Mrs Hopkins. Just plenty of ice cream to keep down the temperature. Germs, just germs …”

And when vaccines were found for those ‘germs’, that were, say, the potentially fatal polio and measles, I remember,  a little older by then, running a mile away and hiding down the laneway because I knew Dr O’Dolan was coming to give my brother and me the needle. And I dreaded needles, though I’ve long outgrown such illogical fear.

Get this: there are more viruses doing the rounds than there are stars in the universe. Yet, only a handful infect us.

There are more than a staggering quadrillion quadrillion individual viruses existing on Earth, that’s 10 million to the power of 31 — enough to assign one to every star in our universe 100 million times over.

Viruses infiltrate every aspect of our natural world, in seawater, drifting through the atmosphere and lurking there in minuscule motes of soil.

Generally considered non-living entities, these micro buggers or pathogens can only replicate with the help of a host, and they are capable of hijacking organisms from every branch of the tree of life —  a multitude of human cells.

Yet, most of the time, we humans manage to live in this virus-filled world relatively free of bug-related illness. The reason has less to do with the human body’s resilience to disease than the biological quirks of viruses themselves… in short. the little feckers just don’t find us interesting enough to be bothered.

Still, as the ongoing Covid-19 pandemic clearly demonstrates, outbreaks of new human viruses do happen — and they aren’t as unexpected as they might seem.

To better forecast and prevent outbreaks, scientists are homing in on the traits that may explain why some viruses, and not others, can make the hop into us humans. Some mutate more frequently, perhaps easing their spread into new hosts, while others are helped along by human encounters with animals that provide opportunities for that jump.

Most new infectious illnesses enter the human population the same way the coronavirus has done: as a zoonosis, or a disease that infects people by way of an animal. Mammals and birds alone are thought to host up to 1.7 million undiscovered types of virus. Bacteria, fungi, and parasites can also pass from animals to people, but these pathogens can typically reproduce without infecting hosts, ie. humans.

To make a successful transition from one species to another, a virus must clear a series of biological hurdles. The pathogen has to exit one animal and come into contact with another, then establish an infection in the second host.

This is known as a ‘spillover event’. After the virus has set up shop in a new host, it then needs to spread to other members of that species. And so it goes.

Exact numbers are hard to estimate, but the vast majority of animal-to-human spillovers likely result in dead-end infections that never progress past the first individual, according to virologists and disease ecologists at Stanford University.

Bats and rodents are considered high-risk when it comes to passing on viruses to us humans  — a source for diseases that can hop over to little old us, and sometimes lead to epidemics. Some scientists have even argued that the animals have certain traits that increase the likelihood of moving from animal to people, and that they should be monitored more closely as a result.

However, new analysis suggests that bats and rodents are ‘unexceptional’ in their propensity to host viruses that infect humans.

Looking at the largest databases of viruses and hosts across several species of mammal and bird, researchers from Scotland have found that the number of bat and rodent viruses that have infected people is proportionate to the number of species contained in those groups, according to ecologists at the University of Glasgow.

But not everyone agrees. As bats harbour several viruses that cause severe disease in people, including rabies, Ebola and severe acute respiratory syndrome-related coronavirus (SARS-CoV) it makes sense that they — along with rodents — are the focus of most viral-detection efforts.

And bats, emphatically, are also a prime suspect as the source of Cobid-19. 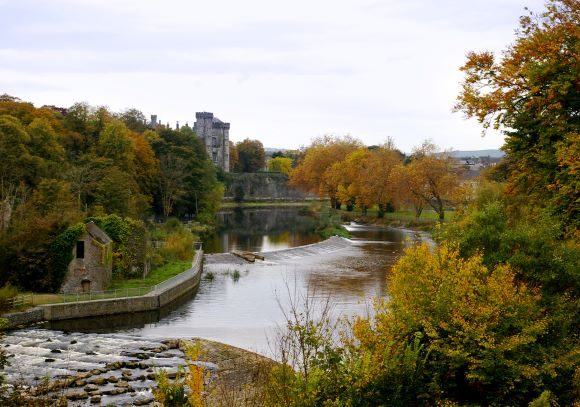