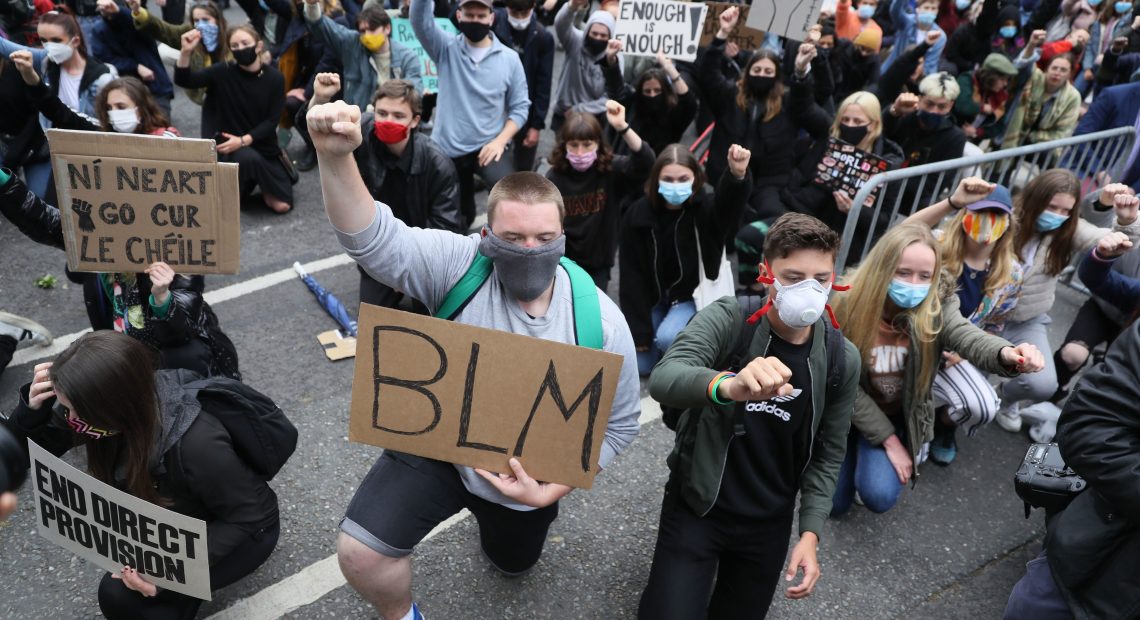 While we are, as a society, noted for our welcoming nature, every so often, and more often of late, we find ourselves badly wanting when it comes to being the land of Cead Mile Failte.

Racism is a reality here. We may not see an out-and-out rightwing swing and inbred hatred, as in the US, but too often we are hearing of people facing down blatant discrimination, hate speech and, even, physical violence.

I mention this against the backdrop of the global marches for #blacklivesmatter, protesting the unlawful killing of George Floyd. And, arguably, breaking social distancing advice in the process.

Twitter not long back found itself  in front of an Oireachtas Committee of Justice to answer claims that it did not do enough to respond to racist content on its site, which a couple said had forced them to leave Ireland.

The Justice Committee heard that Twitter’s decision to simply remove tweets aimed at Fiona Ryan and her fiancé Jonathan Mathis was “weak” and that the service provided “hateful content to a huge audience”.

The couple received death threats after appearing in a Lidl supermarket ad campaign and have since left the country with their now 30-month-old son.

Commissioner Harris says under-reporting of hate crime is a concern. He wants a uniform response in dealing with it and hopes a new working definition for Gardaí will “help protect all minorities and diverse groups”.

The new strategy defines a hate crime as “any criminal offence perceived to be motivated by hostility or prejudice based on disability, race, colour, nationality, ethnicity, religion, sexual orientation or gender”.

Harris has promised there will be “enhanced reporting, recording, investigating and prosecuting mechanisms” put in place for dealing with hate crimes. This has been somewhat interrupted by the Covid-19 lockdown.

Given the rank awfulness of the hatred that was heaped on Fiona Ryan and Jonathan Mathis, Commissioner Drew’s pronouncement is not before time. According to the anti-racist organisation, Show The Red Card, active in Ireland since 2006, and throughout Europe since 1995, racism can take many forms and “affects thousands of people in Ireland today”.

A spokesperson told me: “There’s the obvious everyday racism, where people are called names, abused and harassed. Then, there’s the kind of racism that is more subtle. The kind that makes it harder for people to get jobs or housing because of their colour or nationality.”

An Economic and Social Research Institute (ESRI) study just last week shows that many migrant groups in Ireland face greater unemployment rates than people born in here despite having higher levels of education. Migrants of working age are more likely to hold a third-level qualification than people born in Ireland, for whom the figure is about 40% .

Within broad regional groups such as Europe, Asia and Africa the study found wide differences with housing and job opportunities. Many first-generation migrant groups from Africa had higher unemployment rates than people born in Ireland.

But there’s more. The European Commission Against Racism and Intolerance (ECRI) earlier raised serious concerns about housing provision for Travellers, refugees and what it called “other vulnerable minorities in Ireland”. It also called on our politicians to tackle “an undercurrent of low-level racist violence”.

The ECRI looks at the overall picture of all EU Member States over five year cycles. On this occasion it has been “investigating legislation, hate speech, violence and efforts at integrating minorities in Ireland”. Commissioner Drew’s new strategy appears to be a response to the ECRI report, though I can’t confirm this.

One of the report’s authors, Volodymyr Kulyk, told me that there should be a new national plan against racism because  “despite the best of intentions, the last one (2008) had not been successful”. He also said that asylum seekers were spending too long in direct provision and were “unable to lead normal lives”.

The Ukranian-born civil rights activist also criticised Ireland’s Prohibition of Incitement to Hatred Act as particularly ineffectual in combating online hate speech, saying: “There are no provisions in Irish law that define common offences of a racist, homophobic or transphobic nature, nor recognise hatred as an aggravating circumstance.”

The pitiful plight of Fiona Ryan and fiancé Jonathan Mathis and their baby is not unique. Pure, unadulterated hate drove them from their home not an hour or two drive from here. What kind of society are we, or do we wish to be, that we allow ourselves or our neighbours to arrive at such a sorry state of affairs?

Taoiseach Leo Varadkar admitted such in the Dail the other day.

To quote friend and journalist Aileen C O’Reilly: “Racism is fear, ignorance and intimidation wrapped in the threadbare shroud of misplaced nationalism.” 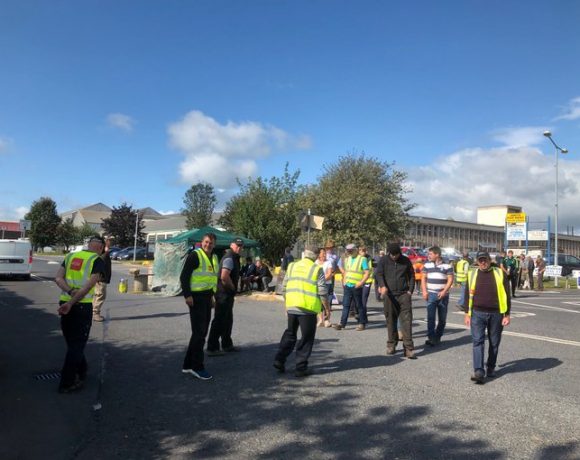