Funeral Mass for Bogdan will be celebrated on 29th February at 3 pm in The Church of the Assumption, Gowran and will be followed by private cremation.

Beloved and loving husband of Mary Shelly and dear father to Nicholas. Cherished grandfather to Dylan and Alana, and daughter-in-law Fiona. Deeply regretted by his sorrowing family, brothers Roger, Tony and Eugene, sisters Annette, May and Sheila, sisters-in-law Nuala Lamphier, Kate and Angelica Cummins, nephews, nieces, especially Lynn and John, his many cousins, best in the world neighbours and great friends.

May Vincent Rest in Peace

Reposing in Molloy’s Funeral Home, Callan, on Monday, 2nd March, from 5pm with Rosary and Vigil Prayers at 7pm. Funeral Prayers on Tuesday morning at 11.15am followed by removal to The Church of the Assumption, Callan, for Requiem Mass at 12 noon. Burial afterwards in Kilbride Cemetery, Callan. Family flowers only, donations, if desired, to Mount Carmel Home, Callan.

Reposing at her daughter Annmarie’s residence in Moods, Robertstown (W91H002) on Saturday and Sunday from 4-8pm, with prayers on Sunday at 7pm. Removal on Monday at 10.30am to arrive at the Church of Our Lady & St. Joseph, Prosperous for 11am Funeral Mass, followed by burial in Killybegs Cemetery.

May Brigid Rest in Peace

May Bridget Rest in Peace

Reposing at Molloy’s Funeral Home, Callan on Saturday 29th February from 6pm with Rosary and Vigil Prayers at 8pm. Funeral Prayers on Sunday morning followed by removal to The Church of the Assumption, Callan for Funeral Mass at 10am. Burial afterwards in Kilbride Cemetery.

Mary died peacefully at her home in London in her 100th year. Deeply regretted by The Power, Looby, Tobin and O’ Gorman families, their children and grandchildren, relatives and a wide circle of friends.

May she rest in peace.

“Maura, May Your Kind and Gentle Soul Rest In Peace”

Special thanks to all the nurses & doctors who cared for Maura excellently in her time of need.

May Seàn Rest in Peace.

Reposing at his Home (R95 AW60) on Friday from 2.oc, concluding with Funeral Prayers at 8.oc. Removal on Saturday morning arriving at the Church of the Assumption, Paulstown for Funeral Mass at 11.oc. Burial afterwards in the Holy Family Cemetery, Paulstown.

May Jimmy Rest in Peace

Reposing at Hehir’s Funeral Home from 5.30p.m. on Friday with Funeral Prayers at 6.30p.m. followed by removal to St. Canice’s Church. Funeral on Saturday after 11a.m. Requiem Mass to St. Kieran’s Cemetery. 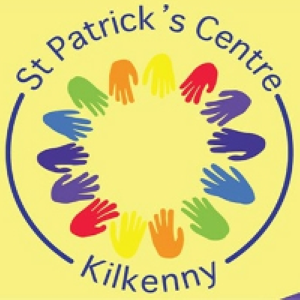