Kilkenny gardai have made a “significant arrest” in the hunt for a woman pulling off an elaborate scam that targeted business all over the country.

The suspect and a male accomplice were this evening charged with seven and six offences respectively, including burglary and theft, at a sitting of Kilkenny District Court.

Over the past fortnight shops in Kilkenny as well as in Carlow, Kildare, the border counties and South Munster were being subjected to the scam where a woman would try and pay for goods with a €200 note and if refused would take the goods and flee without paying.

After receiving reports that the woman was attempting the scam in Carlow yesterday, gardai raced to the area to try and arrest the woman.

By the time they got to the scene, the woman had fled. But shortly afterwards she was reported to be in Paulstown, where gardai managed to track her down and make the arrest.

The woman, who is 28 and believed to based in Waterford, was brought to Thomastown Garda station where she is currently being detained under section 4 of the Criminal Justice Act. She is expected to appear at a special sitting of a local District Court this afternoon.

A local Garda source told KilkennyNow.ie today: “This is a significant arrest, significant on a national level.

“We see her as being involved in an amount of incidents over the last two weeks in the greater Leinster area and the south Munster area.

“We have been looking for this person in relation to a number of thefts and burglaries,” the Garda added.

A second suspect, a 46-year-old man was also arrested at the scene in Paulstown and is currently in detention in Thomastown Garda Station facing questioning.

The pair had been using a beige Skoda Fabia with an 06-W reg to travel around and carry out the scam and it is understood that apart from the incident in Paulstown, they have also hit businesses in Freshford, Kilkenny City, Ferrybank, counties Waterford, Tipperary, Kildare and Monaghan.

Gardai have appealed for any businesses that may have encountered a person trying to pass a €200 note for goods to contact their nearest Garda Station immediately with any information they can provide. 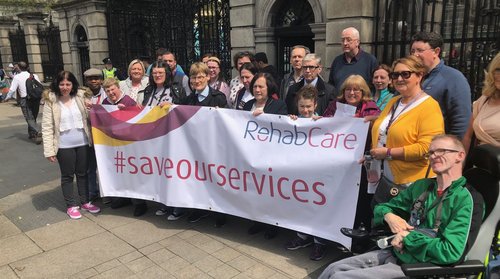