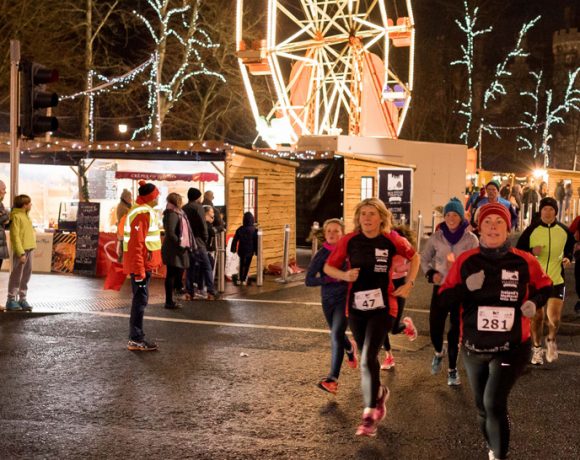 On your marks, get set … for the Kilkenny Medieval Mile Run

By Kilkenny Now 28th November 2019 0
The sound of thousands of pairs of feet pounding the pavements will reverberate around Kilkenny city this week as the starting gun is fired on Medieval Mile Run. The run – a one mile dash through the historic streets of Kilkenny city – has already established itself has a firm favourite of the Yulefest Kilkenny […]

By Colin Bartley 26th November 2019 0
A globally recognised Kilkenny tenor has told how his life became a living hell in the wake of a controversy that happened over a decade ago. Ronan Tynan (59), is coming home to take part in this year’s Yulefest and has recently spoken about the difficulties he found himself in over an anti-semitic remark, the […]

Dreaming of a green Christmas: Festival to transform city through art and recyling

By Kilkenny Now 2nd October 2019 Post a comment
By COLIN BARTLEY SAY it quietly – Chrismas is coming. And this year a Kilkenny festival is trying to turn the festive season green, rather than red. Yulefest Kilkenny is asking the public to think about sustainability in the run-up to Christmas and aims to brighten up the city with festive shopfront transformations, all made […]

By Kilkenny Now 14th December 2018 0
SEVERE weather conditions are expected to blow high street retailers off course on one of the biggest traditional consumer weekends of the year. Retail groups in Dublin are predicting a drop of 20pc in footfall in the capital due to the poor weather. However, it is hoped that Kilkenny consumers who may have planned to […]