Taoiseach Leo Varadkar said there is “tens of millions available” from the Government to ensure a project with the potential to transform Waterford and the South East goes ahead.

Mr Vardkar was speaking as he officially opened the N25 bypass. He insisted the Government is fully behind the €500 million North Quays project in Ferrybank, but he refused to give an exact figure for its financial commitment.

The Taoiseach comments comes amid concerns the developers, the Saudi-backed Falcon Real Estate Development, could walk away from the project if financial commitments agreed with Waterford City and County Council are not signed off.

It has been reported there is a deadline of this Friday, January 31, for Waterford Council to provide a funding commitment to the project. So far just €6 million has been earmarked by the Government for the North Quays.

However, Mr Varadkar sought to assure the developers and the people of the South East that the Government is committed to seeing the North Quays “to make sure the project “gets over the line”.

The Taoiseach told reporters: “There is tens of millions available from both the Department of Transport and the Department of Housing to make sure that project gets across the line. But it is also commercial, so it involves a commercial operator too and we do need to be cautious making those kind of announcements during an election period.

“I think is a project that is going to go ahead, and I think it will develop a new quarter for the city, which will be to the benefit of everyone.”

If approved, the development will see the creation of a 15-storey hotel and conference centre, two seven-storey office blocks, 300 apartments across five buildings ranging in height from seven to 17 stories. 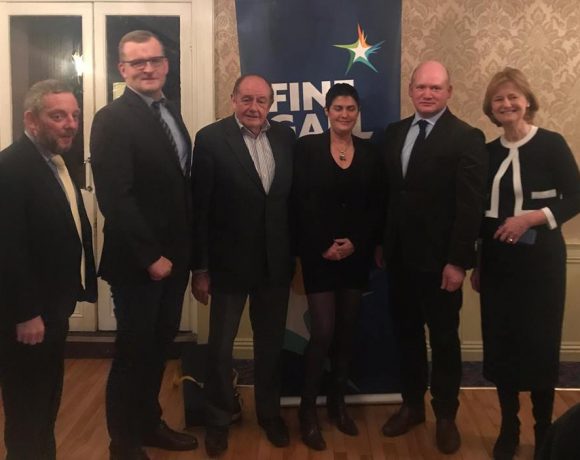