The price of failure: Sacked Jose to get £22.5m for leading United to worst ever start 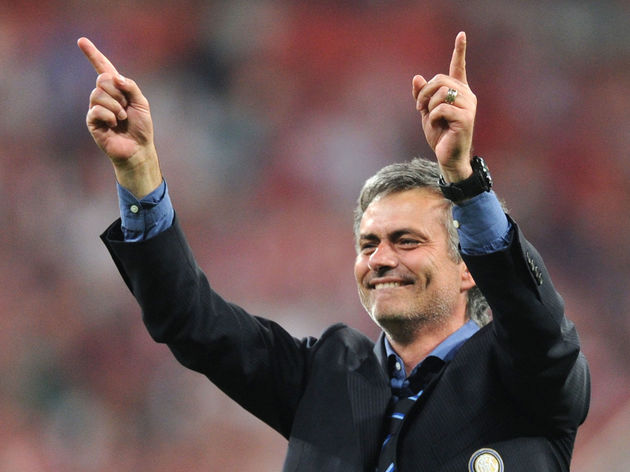 JOSE Mourinho is in line for a €22.5 million payoff as the price of leading Manchester United to their worst ever start to a Premier League season.

Appointed to much fanfare in the summer of 2016, the 55-year-old became the first manager in the club’s history to win a major trophy in his maiden season.

But United have their worst points return after 17 matches in the Premier League era, with Sunday’s chastening 3-1 loss at Liverpool leaving them 19 points behind their bitter rivals.

They also face an huge 11-point gap to the top four, leading the club to wield the axe on a manager they handed a contract extension to in January.

“Manchester United announces that manager Jose Mourinho has left the club with immediate effect,” a club statement said this morning.

“The club would like to thank Jose for his work during his time at Manchester United and wish him success in the future.

“A new caretaker manager will be appointed until the end of the current season, while the club conducts a thorough recruitment process for a new, full-time manager.”

Talk of the manager’s impending departure appeared to be building in the United dressing room before the announcement, but the news sent shockwaves around the footballing world.

Press Association are reporting today the club are hoping to appoint a caretaker boss, with links to the club, in the next 48 hours, meaning the temporary manager could be in the dugout for Saturday’s trip to Cardiff.

Tottenham boss Mauricio Pochettino is believed to be the main target to take the reins next summer, but the club will be undergoing an extensive and thorough process over the coming months as they belatedly re-jig things.

United intend to finally bring in a head of football, reporting to executive vice-chairman Woodward, to oversee football operations – a role that it is understood Mourinho had a long-standing reluctance about.

But such changes in the long-term interests of the club are why United’s hierarchy felt it important to act now, with a period as unsettling as it has been disappointing leading to concerns growing over the lack of progress in terms of results and style of play.

The decision to sack Mourinho will be costly – reports suggest the pay-off could be as high as £22.5million – but that figure pales into insignificance when it comes to the 11 players that he was allowed to bring in at a cost of circa £400m.

Paul Pogba was the biggest acquisition during his tenure, signing in 2016 for a then world-record fee. Yet the World Cup-winning France midfielder has regressed under Mourinho, who has left him on the bench in recent matches as their relationship became further strained.

Pogba posted on social media shortly after the announcement of Mourinho’s sacking, with a picture of himself with a quizzical expression and the words: “Caption this”. The post was subsequently deleted and led to a barrage of criticism, with former United right-back Gary Neville posting “you do one as well!”

While player power is not believed to have had an impact in the decision to fire Mourinho, Pogba is one of a number of players that will be happy with the change at the helm.

The Portuguese has fallen out with a variety of players, while his strong criticism in public and within the dressing room is understood to have annoyed – and at times bemused – his team.

The way younger squad members’ development has been stunted has been a concern to the club, whose traditions in bringing through young talent is as well-documented as their focus on attacking football and silverware.

Mourinho was failing on all three fronts but had been hopeful of turning things around, saying after Sunday’s loss at Liverpool that he was confident of clawing back the huge 11-point gap to the top four.

But he is now packing up his belongings at the Lowry hotel, having failed to launch a Premier League title challenge like predecessors David Moyes and Louis Van Gaal.

Both paid with their jobs after failing to seal Champions League qualification, but this time United have acted early to kick-start their faltering campaign just three years and a day after Mourinho got sacked by Chelsea for the second time. 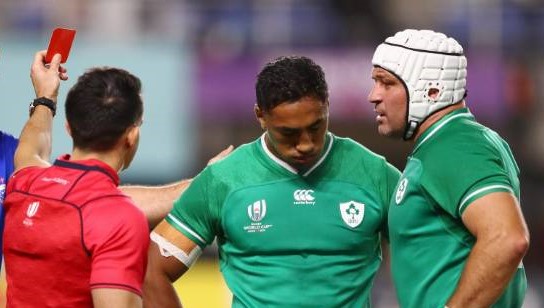 Rugby World Cup 2019: 14-man Ireland thrash Samoa to secure QF spot -Typhoon Hagibis and the courts will decide against who