The country is facing serious crises that need immediate attention and cannot be put on the long finger as rival parties scramble to form a new government, Kilkenny TD John McGuinness said today.

Speaking on his way into the first Fianna Fáil parliamentary party meeting since the bombshell 2020 General Election, Deputy McGuinness said the arithmetic of the 33rd Dáil means is it likely to take a couple of months to form a new government.

Given the election result, he said the onus is now on Sinn Féin leader Mary Lou McDonald to see if she can form a left coalition. Failing that, he said, both Fianna Fáil and Fine Gael must be prepared to get involved in discussions.

Deputy McGuinness said he is in favour of talking to Sinn Féin, but stressed there are significant policy differences between the parties that would make agreeing a Programme for Government difficult.

Reports this morning said Fianna Fáil leader Micheál Martin will face demands at today meeting from TDs to allow them to serve in opposition after what is widely viewed to be a disastrous General Election for the party.
According to the reports, this could fast-track Mr Martin’s resignation and trigger a leadership contest withing Fianna Fail.

However, despite been an outspoken critic of Mr Martin, Deputy McGuinness said any discussions relating to a change of leadership are premature.

He told KilkennyNow.ie: “No, today is just a reflection on the election and what is means for the party. We also need to establish what we want out of participation in government if that arises and maybe appointing a negotiating team to prepare for that.”

Deputy McGuinness said the path to forming the next government will be difficult and could take some time. But he warned the country is facing serious issues, internationally such as Brexit and the spread of the Coronavirus, and closer to home, particularly the housing crisis, that require strong leadership.

“We need a solid government approach, there’s too much to be done for people to just grandstand, there’s a need for immediate engagement,” he added.

Deputy McGuinness said he is favour of talking to both Sinn Féin and Fine Gael in order to form a new government if Mary Lou McDonald cannot achieve the numbers required for a left coalition.

However, he said the one thing he will never support is another confidence and supply arrangement, of which he has been a vocal critic for years.

The Kilkenny TD said: “The only thing I would rule is a confidence and supply arrangement. This brought the country to a standstill.

“One thing is clear from the election: people have been left behind for far too long and this has to be addressed, whether health, education, housing – all of these must be addressed

“We went through four years of negative stagnation and that can’t be allowed to happen again.” 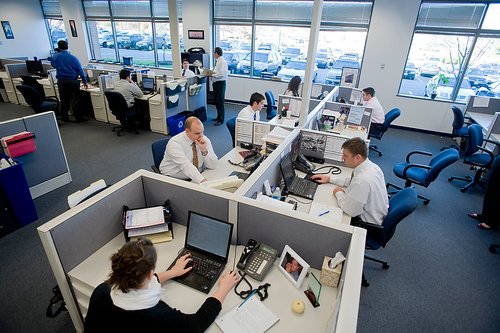