Plans to link Kilkenny Greenway with Suir Blueway on track 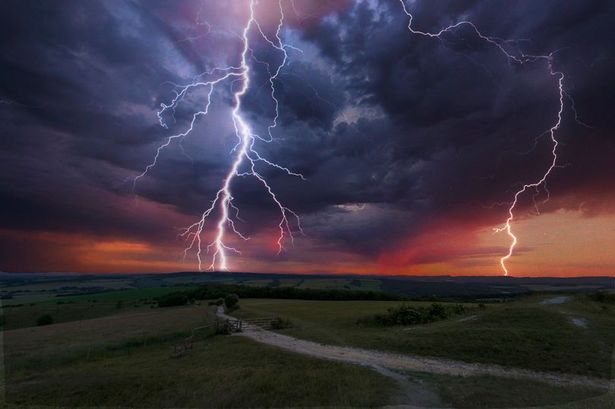 The thundery and intensely humid conditions we’re experienced over the past few days in Kilkenny are set to continue throughout the weekend.

Met Éireann said Munster and South Leinster will enjoy some sunny spells, but the likely arrival of torrential downpours will put a damper on things over the coming days.

The national forecaster said the outlook for the weekend is “warm, humid and unsettled with heavy showers” and a good chance of more thunderstorm activity.

Today will be “murky, misty and mostly cloudy” to begin with, but things are likely to brighten up with sunny spells forecast for later in the day.

But Met Éireann warned: “Heavy showers are expected; again mainly in Munster and in southern parts of Leinster and Connacht. Some thunderstorm activity will occur with torrential downpours locally, especially during the afternoon and evening, but staying mainly dry further north. Warm and humid with highest temperatures of 21 to 26 degrees, warmest in the west, in a light to moderate northeasterly or variable breeze.”

It’s likely to be a wet start to tomorrow in southern areas, with low cloud, mist, and fog elsewhere. However, the national forecaster said “sunny spells and scattered showers will develop by the afternoon”, with highest temperatures of between 20 to 24 degrees.

Sunday will bring a mix of sunny spells and scattered showers with some heavy or thundery bursts in the afternoon and highest temperatures of between 18 to 22 degrees.

Early indications suggest Monday will be cloudy with widespread showers, merging into longer spells of rain at times. Met Éireann also warned there still is a risk of thunderstorm activity, especially in the afternoon.

It said the humid and unsettled conditions will continue into next week, with showers or longer spells of rain as temperatures decline gradually.

Kilkenny will be hotter than Rome and Athens this weekend: Met Éireann

€10,000 of cannabis and large stash of cash seized after car with no tax or NCT stopped in Kilkenny