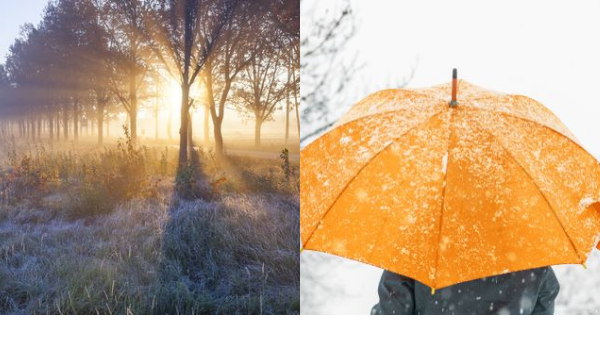 Kilkenny will face more changeable and unsettled conditions over the weekend, according to Met Éireann’s latest forecast.

The national forecaster said today will bring a mix of bright or sunny spells and scattered showers, adding: “A band of more prolonged showers will develop in Atlantic coastal counties in the afternoon, extending eastwards towards evening. Highest temperatures will range 7 to 10 degrees.”

There’s some good news for tomorrow, which is set to be a largely  bright and mostly sunny day in Kilkenny and the south east, which are likely to avoid the isolated showers forecast for northern and western coastal areas. It will remain quite cold though, with highest temperatures of between 6 to 10 degrees.

Brighter conditions, again with a mix of sunny spells and scattered showers, will extend from the west to the east of the country on Sunday morning, with the mercury rising to between 9 to 12 degrees with moderate to fresh southerly winds in inland areas.

Met Éireann said Monday will be quite breezy, with bright or sunny spells and scattered showers, although the western half of the country will again bear the brunt of the wet conditions. Temperatures are forecast to climb to between 7 to 11 degrees.

The national forecaster said the outlook for Tuesday is still uncertain. But Met Éireann added: “Early indications suggest that the weather will be mixed, with sunny spells and scattered showers on Tuesday and possibly drier on Wednesday and Thursday.”

Hello Springtime! Temperatures to climb to 14 degrees in Kilkenny this week: Met Éireann