THIS year marks the 60th anniversary of women joining An Gardai Síochána. This week celebrations were held in Kilkenny to acknowledge all the women who have served in the local force over that time.

In the 1950s, much controversy was caused, and many hours spent arguing in the male dominated Dáil, regarding the question of whether a woman’s place was protecting and serving the community. Thankfully there was a very determined grouping that would not let the question go away.

Finally, in 1959 the first 12 female recruits joined An Garda Síochána. Superintendent Carmel Banville of Thomastown Garda Station appeared on Community Radio Kilkenny City’s ‘Woman to Woman’ show this week to talk about those 60 years and the achievement of those 12 pioneers.

Superintendent Banville told presenter Roisin Ní Chlerigh: “Yesterday’s event was to celebrate the women in particular that went before those who are there today and made it that bit easier to come along afterwards.

“I don’t think it is recognised enough how great those pioneering women were to create what we now have. I’m only doing my job now, but those women 60 years ago were paving the way for all of us who came along afterwards.” 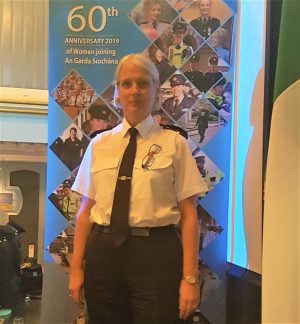 Superintendent Banville said she still remembers “being a ‘Ban-Garda'”, adding: “We were treated as a novelty. The force didn’t know what to do with us or where to put us. I’m of the vintage where we wore a skirt and didn’t have a baton or didn’t have handcuffs. We were treated differently.

“Thankfully we have come a long way and are in a very modern era. Because of the first to join the force the women today have the opportunity to take part in all aspects of An Garda Síochána. They can join any of the specialist units that they want nowadays, this was an opportunity not always afforded to women.”

Superintendent Banville said there is still work to be done in an organisation that is dominated by males. But she stressed that the role of women in the gardai is defined and cherished, something unthinkable 60 years ago. 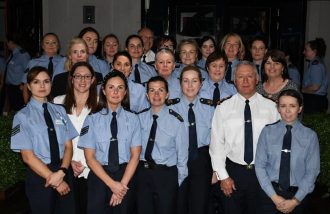 “The gardai is still very much a male dominated organisation. Unless we bring men with us, we are not going to go forward and will not achieve anything,” she added.

“It has been great to see the recognition of females in the gardai recently. We tend to think that our job is a normal job because it is the job we have always done. We don’t see ourselves as special or standing out in the community.

“This is our job and this is what we do every day. We do it to the best of our ability – we serve the people.

“I would always try to encourage women as I believe women bring a different perspective to the job that we, as a community, need.”