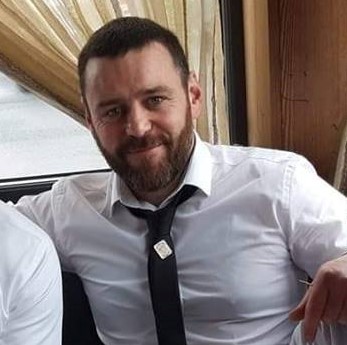 FRIENDS of tragic Kilkenny stab victim Peter ‘Rocky’ Donnelly say he was an inspiration to those who met him.

Tributes have been pouring in on social media all day for Peter, who was stabbed to death in Dublin’s city-centre in the early hours of Tuesday morning.

The 38-year-old Kilkenny native, who struggled with addiction but had up until recently been working with recovering addicts, died after he was stabbed several times on O’Connell Street, Dublin.

Heartfelt tributes have been pouring in on social media over the last 24 hours for the man known as to many as Rocky, many saying he was an inspiration:

“He was a role model!! He was human just like the rest of us! He made mistakes and fell down, but he always got up more times than he fell! He has helped other people in a similar situation to better their lives and has shared his story to raise awareness.”

Another devastated friend of Peter’s posted a video of him on Facebook delivering one of his talks on addiction and added the comment:

“The real Peter Donnelly!
An ambassador for those fighting addiction. Continuously striving to better his life and conquer his demons.
Such admiration for this guy.. may he Rest In Peace!”

“R.I.P Peter Donnelly, was an absolute pleasure to have met you, you’ve been taken far too soon.”

Garda inquires are continuing into Peter’s killing. A 28-year-old man, reported to be a friend of Peter’s, was arrested in connection with the incident.

He was taken to Store Street Garda Station, before being brought to the Mater hospital where he is being treated for minor injuries .

A Garda spokesperson told KilkennyNow.ie: “There is a person in detention and we are following a definite line of enquiry.”

The detective leading the case, Superintendent Paul Costello of Store Street Garda Station earlier appealed for anyone with information to contact gardai.

60 gone in seconds: Full extent of cycle of crime in Kilkenny revealed