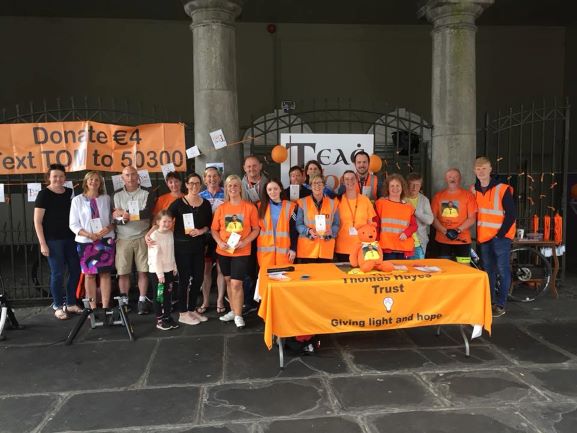 TEAC Tom has drafted in an army of volunteers – including some actual members of the Defence Forces! – as part of a major fundraising drive this weekend.

The Kilkenny suicide and bereavement charity will stage its annual ‘Around the Clock’ charity cycle, which will get take place from 4pm on Friday, May 31 until the same time on Saturday.

Six stations will be set up around the city to cater for the 50-plus cyclists who have volunteered to take part in the 24-hour charity cycle.

Teac Tom founder Angela Hayes confirmed “the army is on board”, with members of the Defence Forces lending their muscle and expertise to the event.

A minute’s silence for the victims of suicide will be held outside the Town Hall at 10pm on Friday, and all members of the public are invited to attend.

Angela said: “We will have orange ribbons people can take and tie on the railings of the Town Hall, and these will represent all our loved ones lost to suicide. The final countdown is very emotional, and we again ask people to come down and show their support.”

The day after 24-hour charity cycle will see the Teac Tom team travel to Dublin to take part in the VHI Women’s Mini-Marathon.

Angela urged anyone who is registered to take part in the mini-marathon, but hasn’t picked a charity yet, to please consider Teac Tom.

She added: “We’ve organised a special bus and have had t-shirts done up to represent Teac Tom. The Kytler’s Inn has kindly sponsored food on our return, as have Ramsbottoms in Stradbally for the Laois team. SuperValu has laid on refreshments for the ladies that travel.” 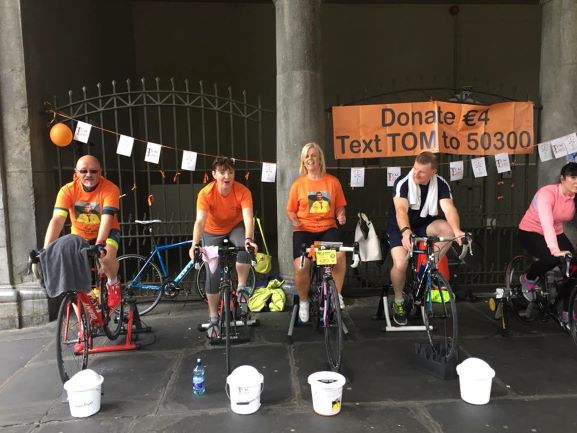 To take part in the Teac Tom ‘Around the Clock’ charity cycle, please contact 056 779 6592 to book your slot. More detail can be found on the Teac Tom website: www.thethomashayestrust.com/