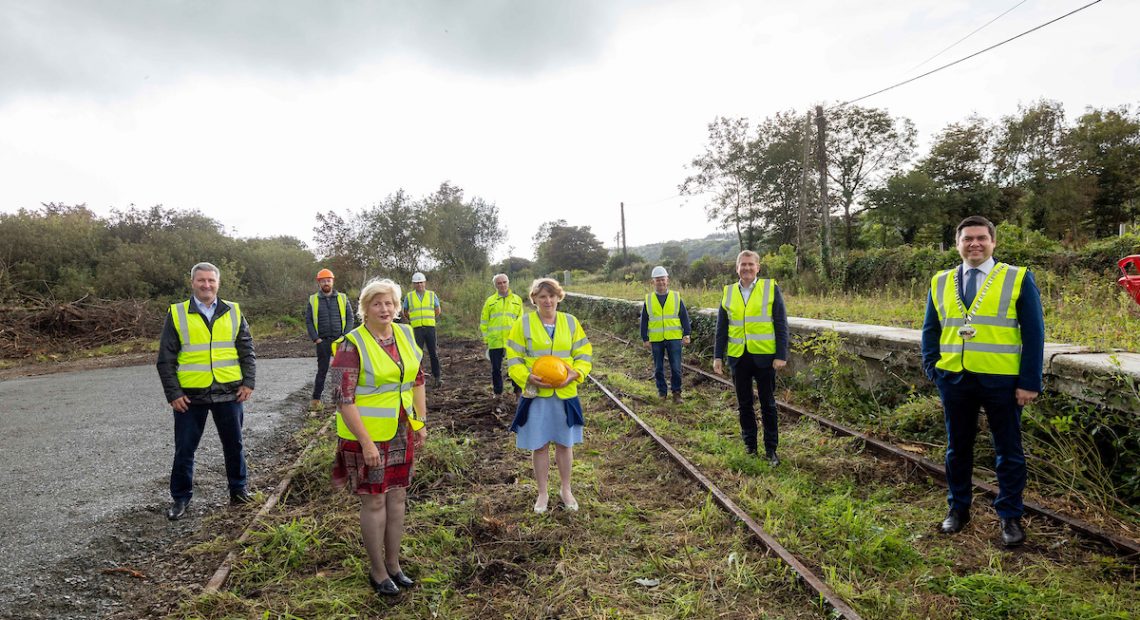 The Kilkenny Greenway is very much on track and is expected to be ready by early 2022.

Work has been ramped up on the state-of-the-art 24km cycling and walking route linking New Ross in Wexford with Waterford City, winding its way through the beautiful countryside of South Kilkenny.

The first phase in the construction got underway recently when MJS Civil Engineering commenced the contract to lift the rails and sleepers from the disused New Ross to Waterford railway line and is expected to be completed within the next number of months. This will enable the tender process for the main construction contract to be completed, with works expected to begin before the end of the year

The Greenway is a joint initiative of Wexford County Council, Kilkenny County Council and Waterford City & County Council, supported by the local Partnership organisations. The overall project cost is €15m, with an approved €8m grant from the Department of Transport Tourism and Sport.

A Kilkenny Council spokesperson said: “The Greenway is to be constructed along the former railway line between Mountelliott near New Ross and Waterford City, crossing the River Barrow via the iconic Red Bridge and passing through the scenic countryside of South Kilkenny, skirting close to the villages of Glenmore and Slieverue.

“The Greenway will also afford spectacular views of the new Rose Fitzgerald Kennedy Bridge across the river Barrow, before reaching Abbeylands and Ferrybank on the edge of  Waterford City. From there it will link to the Waterford Greenway via the proposed North Quays and Bilberry Greenway Projects, creating a continuous 72km Greenway of regional significance spanning from New Ross to Dungarvan.

“The South East Greenway is scheduled to open in Spring 2022,” the spokesperson concluded.

CIE / Irish Rail has now commenced negotiations with the local authorities to facilitate the development of the Greenway, with proposals to incorporate some of the remaining features of the New Ross to Waterford Railway into the overall Greenway experience.

Our ‘March of many weathers’ is set to take another twist: Met Éireann