KILKENNY councillor Patrick O’Neill has been unveiled as Fine Gael’s third candidate in the Carlow-Kilkenny constituency to contest the next General Election.

And the 31-year-old former Mayor of Kilkenny will battle it out in the looming local elections alongside his father Pat Snr, a former Senator who is a Fine Gael candidate in the Castlecomer electoral area.

Pat Snr was added to the ticket following a meeting of the executive council earlier this month.

The decision to add Patrick O’Neill (31) to the Fine Gael General Election ticket was made at a meeting of the party’s executive council last night. Mr O’Neill will join sitting TDs Pat Deering and Minister John Paul Phelan, who is also in charge of Fine Gael’s local election team, as the party’s candidates in the Carlow-Kilkenny constituency.

It’s a proud moment for Mr O’Neill, a 31-year-old farmer and sales executive from Bennettsbridge who is currently on the campaign trail for May’s local elections for the Callan/Thomastown area.

“Representing my constituency is something I feel passionate about and I believe I can make a difference for the people that I represent. I want to offer the people of Carlow/Kilkenny a new voice with new ideas and try to restore people’s faith in those that represent them,” he said.

“There are many areas on which I’ll campaign. Carlow and Kilkenny has always been a step behind the rest of the country when it comes to job creation and third level education.

“For the past decade, there has been a lot of talk about forming the Technological University for the South East. It is imperative that this moves forward to ensure our youth are afforded the same opportunities as others nationwide.

“It is important we encourage job creation in this constituency. I will work to ensure that entrepreneurship is not a burden on those willing to create new markets for themselves and provide employment. As a government we must put as much supports in place as possible.”

Cllr O’Neill, who has been a member of Kilkenny County Council since 2014, said his campaign will also focus on the local housing crisis.

He added: “An area I am passionate about is housing. We need to provide affordable housing for those looking to get on the property ladder and also ensure we provide the relevant levels of social housing per annum to meet with our housing list needs.”

With his farming background, Cllr O’Neill said he will also campaign to ensure Irish farmers have “a strong voice”.

He added: “Coming from a farm and being actively involved in farming I know the struggles in rural communities, particularly the beef sector. I want to work to ensure that we are well represented post-Brexit, have a strong voice during CAP reform and ensure proper supports are finally put in place for the beef sector.

“As a former Mayor I know the importance of Kilkenny city to our county as a whole. I want to work to ensure our city has a viable long term plan to ensure we build on past success and put our current businesses to the forefront and ringfence their survival.”

Mr O’Neill served as Mayor of Kilkenny in 2016/17 and currently works as a sales executive for local company Transfermate Global Payments. He studied engineering and agriculture and spent five years working for Bord Bia doing farm inspections prior to his term as Mayor.

Commuter chaos: Kilkenny rail users will be forced onto buses to complete journey 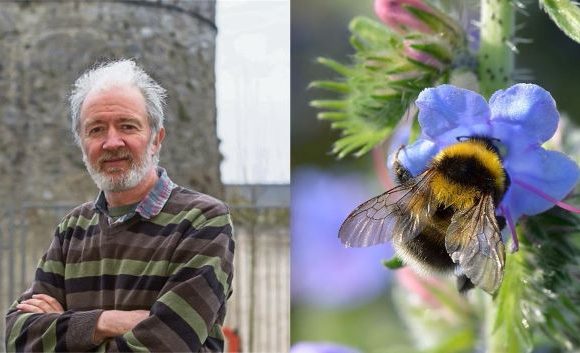