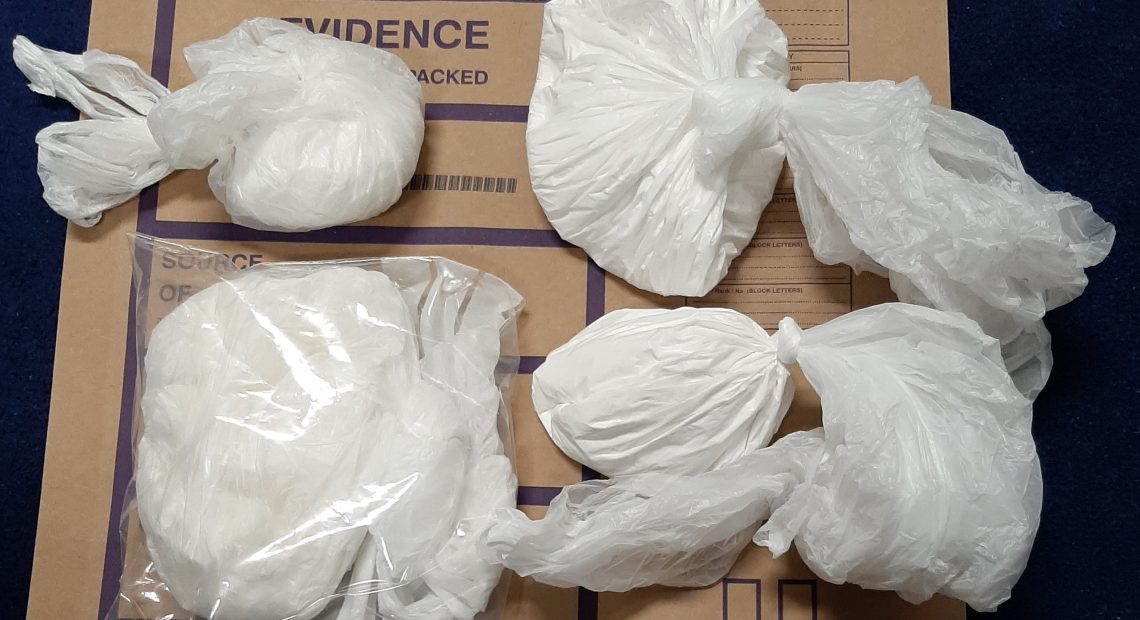 Gardai seized €52,000 worth of cocaine  after it was discovered in a car at a checkpoint outside a county Kilkenny village last night.

Gardai had set up a Covid-19 checkpoint at the Grannagh Junction Roundabout at the entrance to the M9 motorway. Shortly after 11.30pm a vehicle was stopped and gardai became suspicious of the driver’s behaviour and the vehicle was searched.

During the course of the search 750grammes of cocaine, with a street value of €51,660 was uncovered. A 22-year-old man was arrested at the scene and brought to Waterford Garda Station.

The man is currently being detained under Section 25 of the Misuse of Drugs Act 1977/84 for an offence contrary to Section 15 of the same act and also under Section 2 of the Criminal Justice (Drug Trafficking) Act 1996.