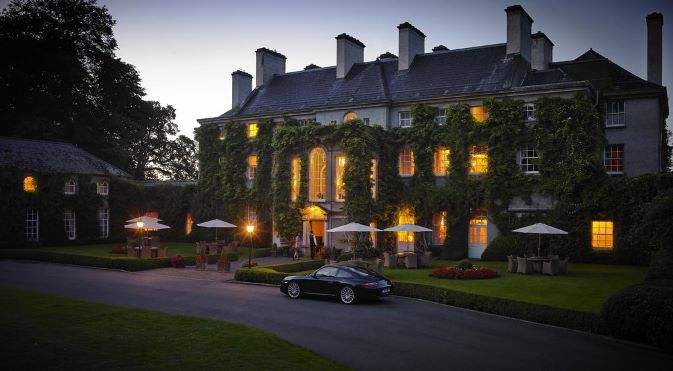 The five-star rating award by Fáilte Ireland, the national tourism agency, has elevated the luxury hotel and golf club as a prime destination for national and international tourists.

And it adds to an impressive list of accolades that the 18th century 500-acre walled estate on the banks of the River Nore has received.

The 5-star rating by Fáilte Ireland reflects the exceptional standards maintained by the estate. Mount Juliet received the rating based not just on the hotel, but on the overall experience a visitor can expect.

This encompasses all aspects of the estate, including the original Manor House, the new 93-bedroom Hunter’s Yard hotel, the Michelin-starred restaurant – the Lady Helen, the Jack Nicklaus designed signature championship golf and a whole host of activities, including fishing, falconry and a state-of-the-art equestrian centre.

Mark Dunne, the newly-appointed general manager of Mount Juliet Estate, said: “We are extremely proud to have obtained a five-star classification from Fáilte Ireland. This recognises the highest standards of excellence within the hospitality industry and it is a testament to the work of the entire team and exceptional level of service that Mount Juliet Estate delivers on a daily basis.”

€3,500 of power tools stolen from van parked outside house in Kilkenny town