A GANG of arsonists sparked more chaos in Kilkenny city overnight after they set alight a HSE building earmaked to provide much needed accomodation.

It is the second time in as many weeks that that the HSE House in Wetlands has been torched by vandals.

Sources told KilkennyNow.ie the drama unfolded at 1am this morning after the arsonists climbed onto the roof of the building and removed tiles from the roof of the property.

They then poured an accelerant inside the State-owned building before setting it alight. 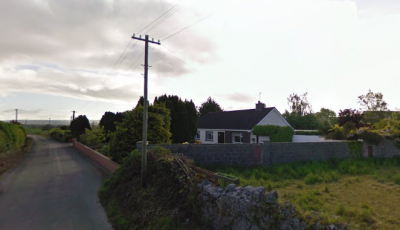 Emergency services arrived at the scene within minutes and managed to extinguish the blaze before it engulfed the building.

It is the fifth time the building has been targeted by vandals and arsonists in recent months.

HSE House has been undergoing extensive renovations recently, but these upgrades have become the focus for serious anti-social behaviour in the area.

The HSE has had to install new windows on three separate occasions in recent months after they were smashed by vandals.