PAUL HOPKINS: Life in the time of coronavirus: A diary of self-imposed isolation 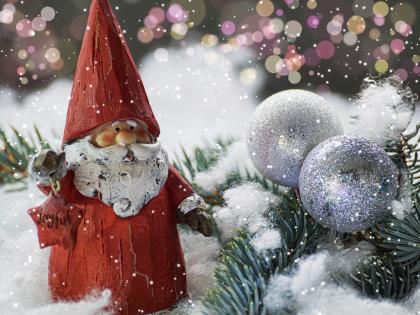 It’s not looking like a white Christmas this year folks!

In it’s latest forecast, Met Éireann indicated we’re in more more highly unsettled weather in the final countdown to the big day. But for now it seems earlier predictions from some forecasters of a snowy Christmas day were a little wide of the mark.

The national forcaster said: “Current trends suggest high pressure will build towards Ireland for Christmas Eve and Christmas Day with an increased likelihood of dry, chilly and settled weather.”

However, Met Éireann admitted there remains “a high degree of uncertainty in the forecast”.

Met Éireann said today will be mainly dry and cold, with patches of fogand frost and the possibility of showers later in the day.

Tomorrow will see a good deal of dry and bright weather across the country with just a few showers and highest afternoon temperatures of between five to eight degrees.

Sunday will bring a mixture of bright spells and showers, but these will be mostly concentrated in the west and north.

It looks set to be a cold and blustery day on Monday, with bright spells and some showers and highest temperatures of six to nine degrees.

Kilkenny man in court over break-in at city-centre premises