Members of the Kilkenny-Carlow Roads Policing Unit detected a car travelling at 178kph on the M9 motorway just before midnight on Sunday. After being pulled over by the gardai for doing nearly 60kph over the speed limit, the driver then underwent a drugs test, which they failed, after returning a positive result for traces of cocaine in their system.

The driver was arrested at the scene and brought to Carlow Garda Station. Gardai are waiting on the results of a specimen test. 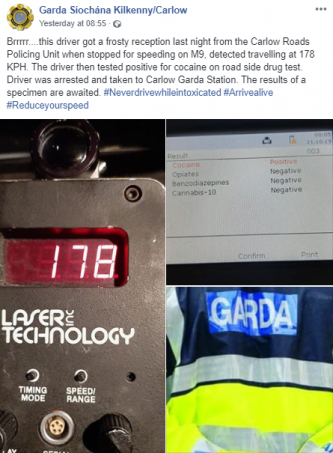