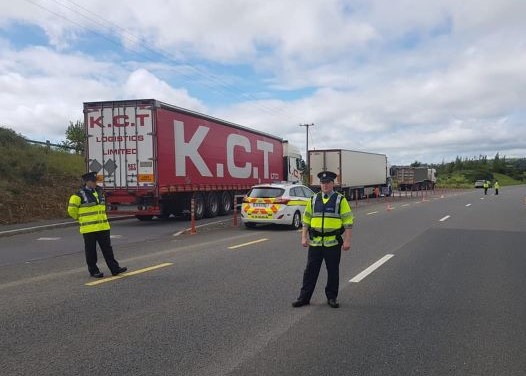 Five vehicles were seized by gardai during a ‘day of action’ on Kilkenny’s roads.

The operation was carried out in conjunction with the Road Safety Authority (RSA) in Johnstown and Paulstown yesterday.

Gardai said the operation was directed at “lifesaver offences”, which include speeding, holding a mobile while driving and failing to wear a seat belt. On top of this, five vehicles were seized because the drivers were found to be disqualified, unacccompanied learners or failing to have valid insurance.

Kilkenny gardai confirmed 22 fixed charge notices were also issued during the operation. They said the RSA carried out “rigorous examinations of HGVs” throughout the day.

A local Garda spokesperson said a “a few things though stand out from the day”, adding: “There is no excuse for driving unaccompanied on a learner permit. There is a duty by every driver to ensure their vehicle is roadworthy.

The Government extended NCT test validity for vehicles with a test due date after the 28th March 2020 by four months. If your test expired for example on January 17th 2020 there is no excuse.”
Tags: day of action johnstown news Kilkenny gardai Kilkenny news Paulstown news Road Safety Authority RSA

No Covid patients at Kilkenny hospital