A SPEEDING motorist was arrested after he was clocked doing 187km/r on the M9.

The driver was detected doing speeds of almost 70km/hr over the motorway speed limit on Thursday night by members of the Kilkenny-Carlow Garda Road Policing Unit.

They immediately pursued the driver and ordered him to pull over.

Local gardai confirmed the driver was arrested at the scene.

He appeared in court yesterday morning where he was charged with road traffic offences.

Kilkenny gardai urged motorists to “slowdown” and “arrive alive” when driving this weekend. 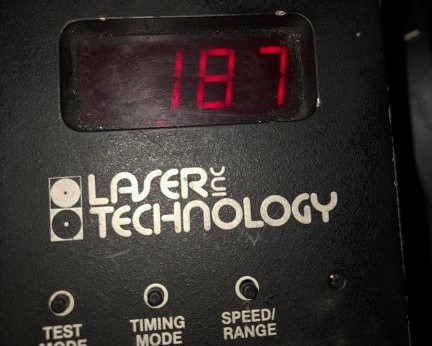