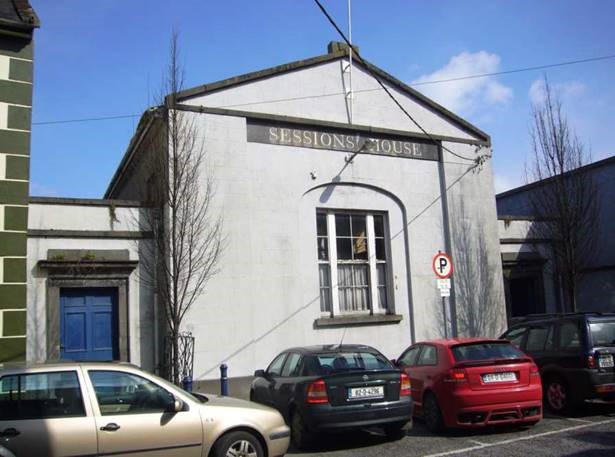 An iconic county Kilkenny building that has had been a part of the county’s public life for more than two centuries is getting a sparkling new lease of life.

The Sessions House building, formerly the Thomastown Courthouse, on Logan Street will be transformed into a new Jewellery & Goldsmithing Centre of Excellence.

The building, which has fallen into disrepair since the judicial system last sat in the building in 2005, had €2 million set aside for regeneration in 2019.

Kilkenny County Council today confirmed they will push ahead with the centre of excellence plans, a huge boost to Thomastown’s already burgeoning reputation as an arts hub.

The Sessions House Development will be created in partnership with, and will be operated by The Design & Crafts Council Ireland (DCCI), based in Kilkenny city.

Making the announcement, Kilkenny County Council Director of Services Mary Mulholland said the development of the building, which was originally built in 1800, has been a “longstanding objective” of the local authority.

Ms Mulholland said: “In 2019 Kilkenny County Council were successful in securing funding for the refurbishment of the iconic Sessions House building, formerly Thomastown Courthouse, from the Rural Regeneration & Development Fund.

“It has been a longstanding objective of both community and arts groups in Thomastown and of the local authority to refurbish and repurpose this building to secure its future as a living building in Thomastown.”

Other plans previously mooted for the building included an arts centre in keeping with the inherent creative and design culture in Thomastown.

As part of the redevelopment project for Sessions House, Kilkenny County Council sought a partner in the creative sector to operate the building into the future. The Design & Crafts Council Ireland, based in Kilkenny City, with a strong presence also in Thomastown, have agreed to move forward with a proposal to develop a fit-for-purpose facility to house their Jewellery & Goldsmithing Centre of Excellence at Sessions House.

Ms Mulholland added.“The proposed development represents a commitment to supporting and promoting the progression of new creative talent to employment in the creative sector.

“This is an exciting project for Thomastown, placing it firmly at the centre of a design, craft and creative sector ecosystem in Kilkenny.”