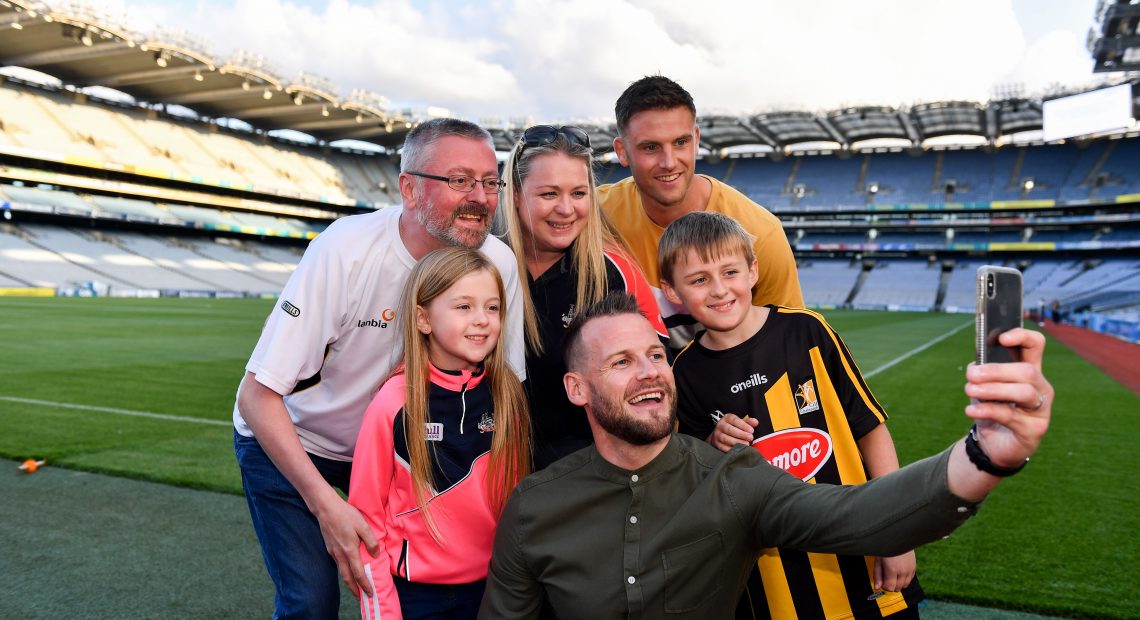 A KILKENNY family had an All-Ireland experience they will never forget, and only the Cats losing prevented it from being a perfect day.

Rob O’Sullivan, his wife Clare and their two kids, Robert (10) and Aoibhinn (6) spent the night before the All-Ireland at a specially created sleep-over in Croke Park stadium

The family were the lucky winners of the Littlewoods Ireland Ultimate Croke Park Sleepover – a GAA experience of a lifetime, with a total prize worth over €10,000.

Over the course of the weekend, the family were treated to a series of VIP behind the scenes experiences in Croke Park including spending the night in the stadium itself, waking on the morning of the All-Ireland Senior Hurling Final to look onto the pitch from the Hogan Stand from a bespoke luxury suite specially designed by Littlewoods Ireland.

Watch the video of the O’Sullivan’s experience here

Not only did the O’Sullivan family get to spend the night in the transformed corporate box but every product in their suite was theirs to take home, a prize worth over €10,000.

As part of their prize, the family got to have a puck about with Jackie Tyrell and Eoin Cadogan on the Croke Park pitch, a VIP behind the scenes tour of the dressing rooms, tunnel, pitchside walk, skyline tour and museum tour.

Young Robert and Aoibhinn were also given the honour of tying the ribbons to the Liam MacCarthy Cup.

To top the whole day off, the family also received four tickets to the All-Ireland Senior Hurling Final, and the two children were flag bearers before throw-in at the game.

WEATHER WARNING: Batten down the hatches – Storm Francis is coming!