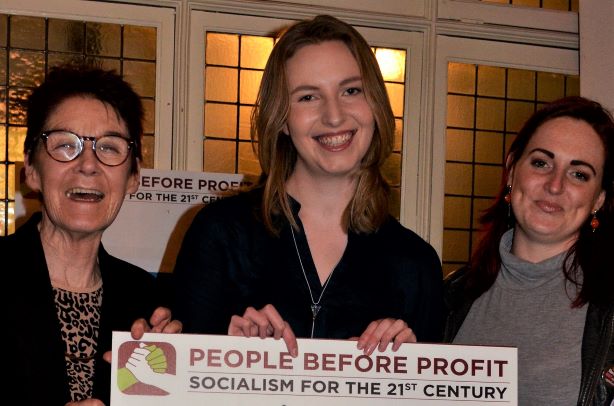 THE need to get more young people active in politics and the lack of affordable housing in Kilkenny were among a range of diverse issues discussed at a political campaign launch in the city this week.

Around 20 members of the public joined in a lively debate as People Before Profit candidate Stephanie Hanlon launched her campaign for the forthcoming local elections at the Clubhouse Hotel.

Other issues discussed included the lack of local mental health services, plans to make Kilkenny a disability-friendly city and the lack of access to abortion services in Kilkenny and Carlow.

Ms Hanlon’s campaign was launched by Ailbhe Smyth, Co-Director of Together for Yes, Covenor of the Coalition to Repeal the Eight Amendment and a founding member of the campaign for Marriage Equality.

Explaining her reasons to stand as a candidate, Ms Hanlon (pictured above with Ailbhe Smyth) said: “My vision is rooted in my experience. My experiences a person with a disability, a member of the LGBT community and as a young woman have each informed my approach to politics and fighting for positive change.”

LAURA WARREN: ‘Know the facts before you go vegan and throw meat to the kerb’