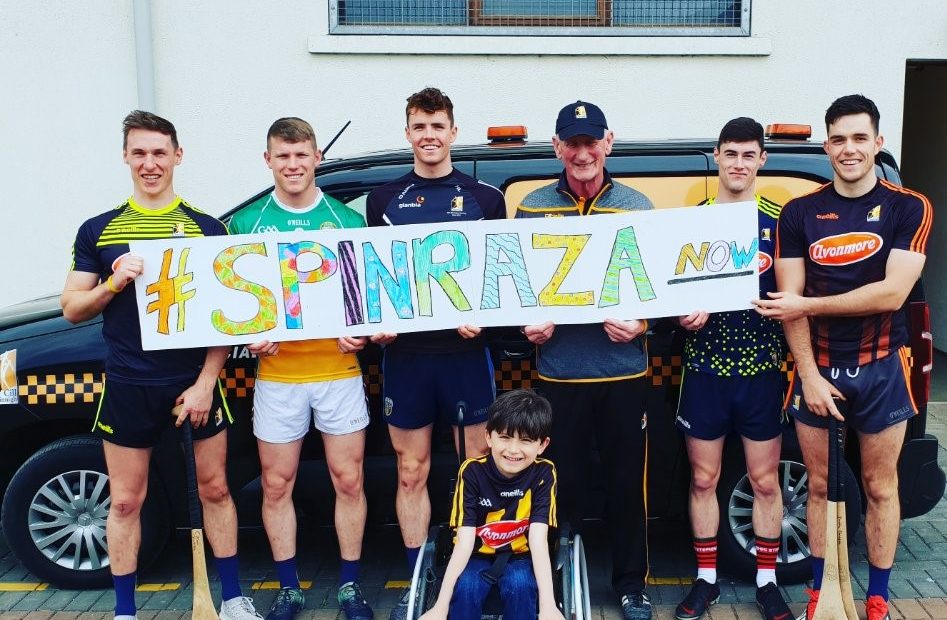 THE Government has come under attack from Kilkenny TDs over the failure to provide a life-changing drug treatment to a Kilkenny boy.

In June, following a lengthy campaign by families and TDs, the Health Service Executive (HSE) announced it would offer the drug Spinraza – used in the treatment of Spinal Muscular Atrophy (SMA), as part of its public programme.

A six-year-old Kilkenny boy, Isaac Brennan, would be one of the 25 children around the country who would benefit from the only available and approved medication used in treating SMA, a disorder that causes progressive muscle-weakening and wasting, and the loss of movement.

There were scenes of elation in Dublin Airport in early June as Isaac and his family heard the news the drug was available, just as they were about to head off on a family holiday.

Speaking to KilkennyNow.ie at the time, Isaac’s mum Carol Cantwell said: “It’s the best news ever. When Isaac heard the news, he just asked ‘Does this mean I am going to be able to walk?”

Isaac and his family have since been waiting for a call from the National Children’s Hospital to start the treatment. Four months later, they are still waiting for the call.

Local opposition TDs have called on the Tánaiste, Simon Coveney, to investigate the delay in making the life-changing drug available to Isaac.

Deputy John McGuinness said in the Dáil last week: “The commitment was given that treatment would be started once the drug was approved. Now the drug has been approved, the treatment has been delayed.

“I understand there is a need for investment in personnel and infrastructure at Temple Street Hospital. Will the Tánaiste investigate the matter and ensure that young people like Isaac Brennan are given priority and that the commitment given by this House on Spinraza is honoured?”

Deputy McGuinness’ request was echoed by his constituency and party colleague, Bobby Aylward. Deputy Aylward questioned the HSE’s role in the delay, saying 25 children and their families are suffering every day because of the lack of treatment.

“The drug has been approved and was due to be handed out. That was the expectation of 25 families in this country but they have been left high and dry. They are waiting for an improvement in the quality of life of their children. Something must be done about this immediately.”

In response, Junior Health Minister Jim Daly said: “I accept the response is not satisfactory and I have asked for further clarity from the HSE, for it to give an exact date for when the drug will be available, and to be more specific for the parents of the patients involved. That was yesterday. As soon as I have a response, I will circulate it to the Deputies.”