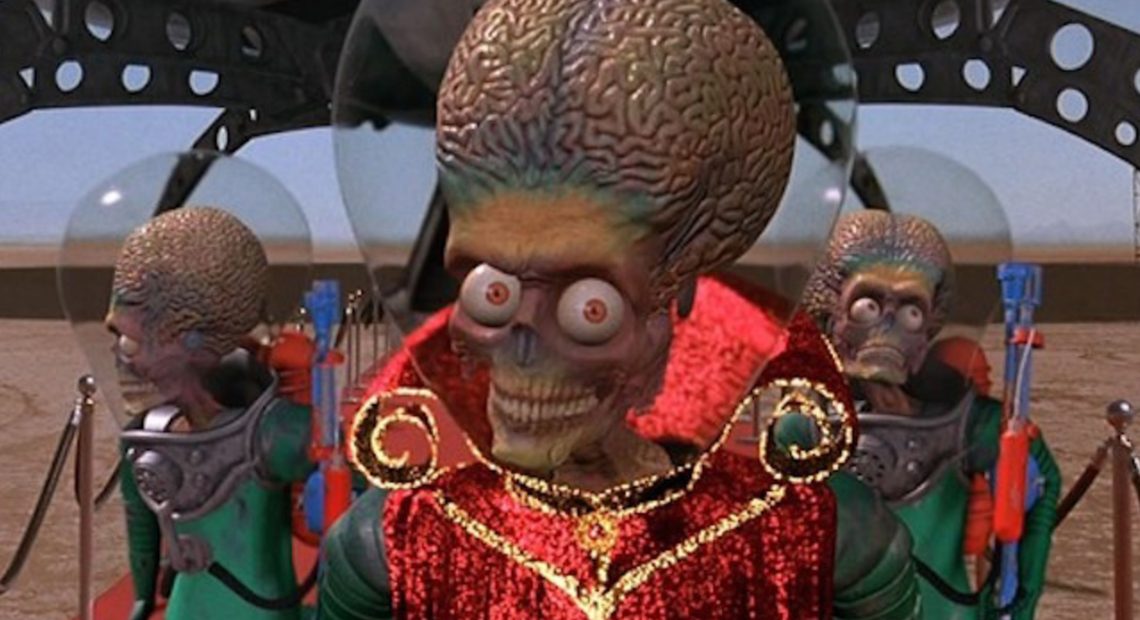 Is there life on Mars? Three new attempts are underway to find an answer to that old question, with missions launched recently by the USA, China and the United Arab Emirates.

All three probes are due to land early next year when they will begin the search for signs of life, past or present.
Let them be warned. The Red Planet will not easily give up its secrets.

I know what I am talking about for I grew up with Martians. What they looked like depended on which comic I was reading but most of them had big green heads, bug eyes and antennae where their ears should be.

They carried ray guns and stun guns and weapons that could make their enemies freeze or disintegrate entirely. And their enemies were nearly always us. Us, the human race; the English-speaking human race to be precise. Messages from Martians were always delivered in remarkably good English. Their voices might be high-pitched and robotic but the words were always clear enough. “Earthlings, you must surrender now or you will all be destroyed.”

And destroyed we certainly would have been, if it wasn’t for the selfless struggle of a team of super heroes who boldly went where no comic strip had gone before.

The bravest of the brave was Dan Dare, whose dispatches were carried by a publication called The Eagle.

He was chief pilot of the Interplanet Space Fleet. Week in, week out, he kept Earth safe with the help of Digby, his bumbling batman from Wigan, Hank Hogan, their Yankee sidekick, Professor Mabel Peabody, a doughty feminist adventurer, and bearded Irish boffin Lex O’Malley, a submarine commander whose presence in outer space was never fully explained.

Dan and his team faced a variety of foes. There were the reptilian Treens from northern Venus and the evil genius, Mekon.  But everyone knew the real baddies were the Martians. Thankfully Dan always managed to get them before they got us.

But Dan has been retired for many years now and our defences are down. As our craft travel towards their planet there are worrying signs of movement in the other direction.

I don’t wish to alarm you, but a check through usually reliable internet sources – completenutters.org and the like – suggests Dan’s valiant struggle may have been in vain.

From county Wicklow comes a report of “an orange light in the sky… (it) soon began expanding into a larger, brighter shape … it then switched to a red and blue colour before moving west.”

Disguised as an aeroplane at night, so? Fiendishly clever those Martians.

And from Kilkenny comes this report by a man in Piltown:  “I saw what looked like a star but after a few seconds I could see it was getting closer (and) pulsating brighter …  as a UFO believer I couldn’t take my eyes off it, it was as if I was glued to the ground.”

Glued to the ground, eh? A typical Martian trick, I don’t doubt.

The signs are everywhere for those with eyes to see.  This report is from Co Antrim. “I was out taking photos of orbs when my battery started to go low, so I decided to head home. I  done my usual and set the camera up to record the drive home, but when I got to the top of the lane I noticed strange lights in the distance in the sky … then it hit me like a sledgehammer … it was three orange UFOs in the shape of a triangle.”

The sighting brought a response. “Me and my family seen exactly what you seen on Halloween night, three on the right, one on the left. So there is more witnesses than you think. Yet people still think it’s all made up.”

“Ireland has a high UFO activity, seriously it does,” says another posting. Particularly on Halloween night, I’m guessing.

Another man spotted three UFOs hovering over a motorway junction. This witness has video footage to prove it and you can see two dots in the sky just as clear as two spots of rain on a camera lens.

As I said, I don’t want to spread alarm. But maybe if we are  looking for Martians we should start nearer home.  We’ve never been short of space cadets in this part of the world. 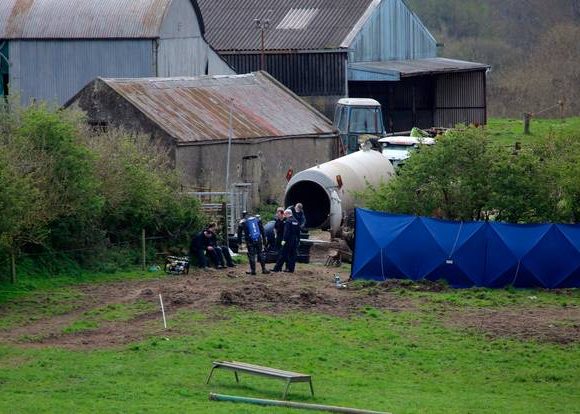