MICHAEL WOLSEY: I’m asking our neighbours to do us a favour and vote against the folly of a directly-elected mayor

KEN Livingstone was London’s first directly-elected mayor. Although he loved the job he thought the position should never have been created.

“I was always opposed to having a directly elected mayor because it concentrates all the power in one person and there’s a huge potential for corruption,” he told RTÉ.

In an interesting interview with Seán O’Rourke, he also expressed the view that the directly elected mayor didn’t really do anything that could not have been done by previous mayors, who were elected by their fellow councillors and paid less than half the salary.

When Mr Livingstone took the job in 2000 that salary was £137, 579, not a great deal more than the Government purposes to pay the directly-elected mayors of Cork, Limerick and Waterford if their citizens vote for that development in a plebiscite on May 24. As Mayor of London, Mr Livingstone presided over a population not far short of nine million.The population of Waterford, the smallest of the three Irish cities, is less than 60,000 – pretty much the number who go to Anfield to watch Liverpool and 15,000 less than a full house at Old Trafford.

The lack of proportion between salary and responsibility has drawn a lot of criticism since the plan for a mayoral plebiscite was formally announced last week. And Mr Livingstone’s concerns about the concentration of power and the potential for corruption have also found an echo here.

Communications Minister Richard Bruton is reported to have called for stringent checks and balances to rein in the new mayors. And Attorney General Seamus Woulfe has cautioned against the “transfer of responsibility, control and direction … from officials with expertise in planning to elected persons who may have little or no expertise in this area”.

The officials he speaks of are the Chief Executive Officers who really run our councils. It is their expertise that allows councillors to bask in the limelight of publicity while making unworkable proposals they know will be shot down by the CEO.

The idea of letting certain councillors lose with real power is indeed worrying. However, I don’t think many of our would-be mayors would actually attempt to usurp a role for which they are so unsuited. There is no end to the vanity of some councillors, but most have a shrewd instinct for survival which would warn them to avoid this particular danger.

My main concern is in line with Ken Livingstone’s other objection. What will a directly-elected mayor do that cannot be done by a mayor at present? The answer, I believe, is absolutely nothing. They will swan around in chains and robes, pop up at openings and drone on at conferences. The best of them will lobby effectively for their cities, as they do now. The worst will damage the reputations of those cities. As they do now.

At best, they will add an expensive and unnecessary layer of bureaucracy to an already over-bureaucratic system. At worst, if they do try to grab the power of the CEO, they may do real harm.

If the three cities vote for directly-elected mayors, John Paul Phelan, the minister for local government, is threatening to inflict this folly on all local authorities.

So I ask our neighbours in Waterford to do us all a great favour on May 24. Say no to this nonsense.

Our system isn’t broken and we don’t need Mr Phelan to fix it. 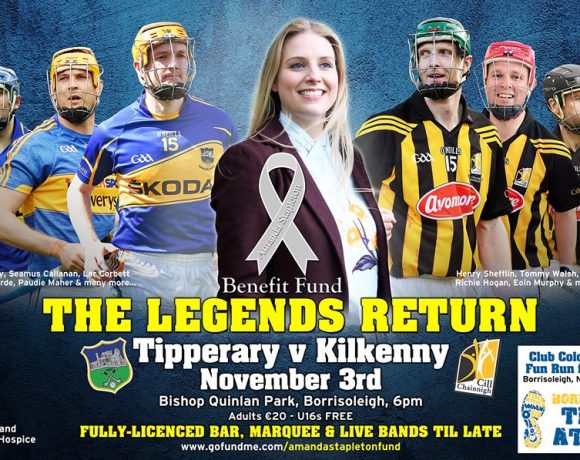