MICHAEL WOLSEY: Things I’d like to banish along with the virus

The Parting Glass is one of my favourite songs, but I would be happy not to hear it again for a couple of years.

A similar moratorium on ‘the new normal’ would be welcome and I would be delighted never again to hear someone declare that ‘we’re all in this together’ .

I am bored with lockdown but, what the hell, there are worse things than boredom.  However, I am sick to the teeth of the sights and sounds of lockdown that pour at me from every radio station, television channel and social media outlet.

I don’t want to know how to make a face mask from somebody’s old knickers (what if somebody wants them back?) and I’ve no interest in watching anyone run a marathon in their back garden. I’ve never watched a real marathon from start to finish, but at least with a real one the background scenery will change.

And what’s with all these ‘cooking for idiots’  programmes that tell us how to knock up a ‘sumptuous meal’ in ten minutes? I came across one the other day where a guy was explaining how to make beans on toast.

I’m not kidding. Beans on toast!

Open a tin of beans and put them on toasted bread. World’s shortest cookery programme.

Well OK, they were posh beans on toast, but that’s no excuse. Lots of us are stuck at home with time on our hands.  What we need is ‘how to make a sumptuous meal that is really complicated and will take hours to prepare’.  You may never get the chance again.

I really don’t want to hear any more messages sent by kids to their locked-down grandparents. They are often touching and lovely but they are personal and should stay that way.

And I don’t want to see any more stones painted with inspiring messages and smiling faces. Indeed, around here there is hardly room for any more, since every house (except mine … bah, humbug!) seems to have its pathways blocked and its gateposts crowned with them.

I don’t want to hear any more would-be poets reciting doggerel on the radio (‘there was a young fellow called Cyrus/ who feared he’d developed a virus’) or watch any more of the ancient comedy shows several channels seem to be running on a loop.

If I want comedy, I can tune into one of Donald Trump’s news conferences.

I have been reading The Mirror and the Light, the final book in Hilary Mantel’s trilogy about Henry VIII and his counsellor Thomas Cromwell, and I am struck by the similarities between Henry and Donald Trump.

Like the US president, Henry was a large man who ran to fat in his later years.  Like Trump, he only took the advice that suited him and blamed the unfortunate advisors when things went wrong.  At least Trump only sacks them, Henry had them beheaded.

The men share an ability to declare a blatant lie to be fact, browbeat their officials into agreement, and then convince themselves that the lie was true all along and that anyone who denies this is motivated by personal animosity.

Henry advanced the lie that his marriage to his first wife, Katherine, was not legitimate, although they had been together for more than 20 years and had a daughter, and that his second wife, Anne, had affairs with several men, including her own brother, although there was not a scintilla of evidence for this shocking claim.

He forced his ministers and counsellors to support both claims and, in the end, seemed to believe them himself and to be convinced that anyone who thought otherwise was guilty of treason.

In the same way, Donald Trump has advanced claims that America, which has the worst figures for Covid-19 infection, is a shining example to the world and that his response of delay and denial has somehow saved thousands of lives.

His advisers, and political subservients like Mike Pence, have been obliged to agree and I suspect the president now really believes these lies to be true and that those who dispute them only want to hurt him.

This from the man who believes it might be possible to beat the Covid virus by injecting bleach or taking an anti-malaria pill.
Who needs old comedies when the sickest old joke since 1510 is resident in the White House? 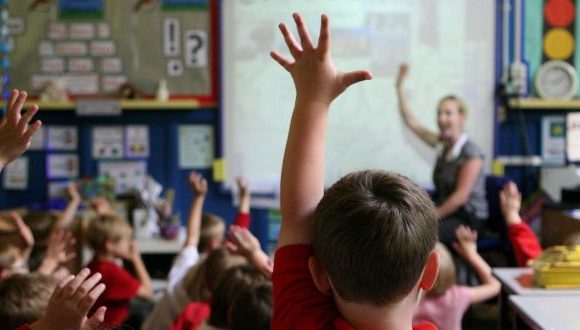 LATEST: 147 new cases of virus are confirmed, Taoiseach outlines what will happen if child shows Covid symptoms at school 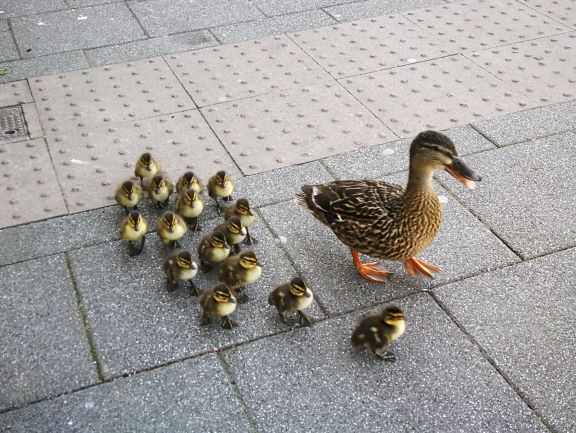 Quack as you can! Mother duck guides her 16 newborn ducklings through downtown Thomastown