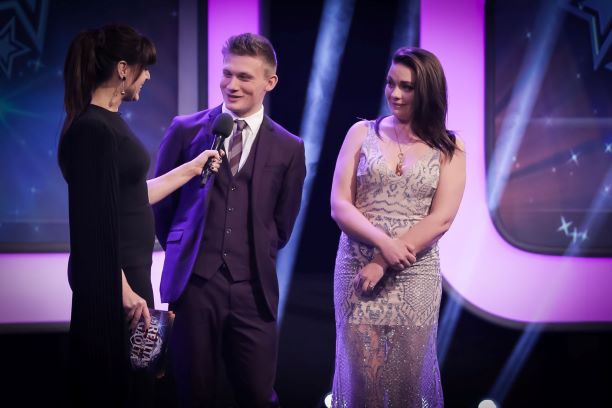 A TALENTED Kilkenny bother-and-sister act have made it into the final of a TV show to discover Ireland’s most talented family.

Shane and Ciara McCormack from Urlingford are one of four family acts to make it into the final of TG4’s popular Sunday night show, Réalta agus Gaolta.

Shane and Ciara McCormack from Urlingford are seeking to be crowned Ireland’s most talented family on show.

At 8.30pm on Sunday they will go head-to-head with other three other families – sisters Iva and Lea Breskovac from Dublin, the Wrafter family from Co Westmeath and Meath’s Étain and Máire Ní Churraoin – to win the opportunity to play live on stage supporting world famous Kíla in their National Stadium Concert in front of thousands, along with a cash prize of €3,000.

First the acts will perform the song from their initial heat once more, looking back at how their journey on this year’s series began. Later, they return to perform another song for the judges. The top two acts will then be chosen to compete in a sing off.

Shane works in the Circus Elysium which he runs with his partner. His sister Ciara is a musician. Shane is no stranger to the stage and wowed judges on the Voice UK, in 2018.

And despite Ciara having a musical background as well, the two hadn’t performed together very often before the series. Their family history in music goes back generations as their mother performed in showbands and their grandfather was a singer in circuses many years ago. The two returned to the series as a wildcard from episode 4, having previously been beaten by the Turk Brothers, who took a place in the semi-finals.