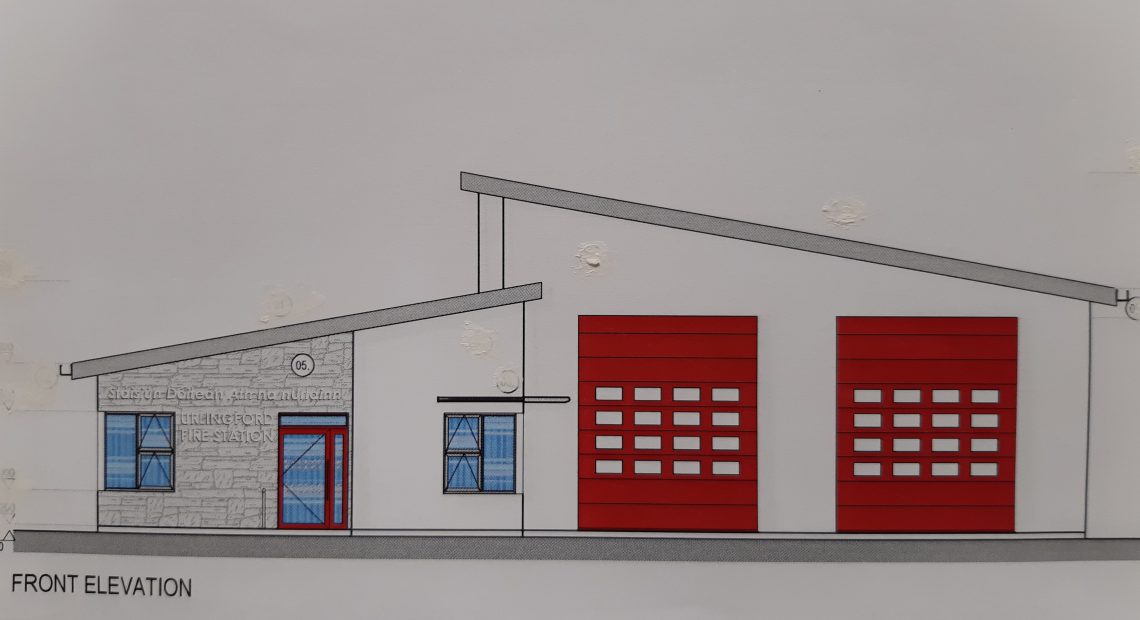 Plans for a new fire station in Urlingford have taken a significant step forward.

The council Cathaoirleach, Cllr Andrew McGuiness, said “It’s a good day for the people of Urlingford and all of Kilkenny to see this much needed Fire Station taking a step closer to completion.  This facility will complement the high standards of service that Kilkenny Fire and Rescue Service provides in serving the people of Kilkenny city and county.”

The council notes the old fire station in Urlingford had been in operation since the early 1970s and “requires replacement as the existing station is limited to cope with the demands of a modern fire and rescue service”.

The proposed new site is adjacent to Urlingford Garda station and across the road from the existing fire station.

The new design incorporates a two-bay station with a training yard, lecture room and staff facilities, specific training installations include a drill tower, an underground water tank and a breathing apparatus compressor room.

The Urlingford project received €1.7 million in funding as part of the national investment plan.

Cllr Michael McCarthy, chairperson of the Castlecomer Municipal District, said:  “The new Fire Station was long overdue and is necessary in order to facilitate a modern Fire Service in terms of providing a training tower, breathing apparatus facilities, a deep lift tank and facilities to respond to incidents such as road traffic collisions including incidents on the M8 motorway.”

Construction on the new Urlingford Fire Station is due to get underway in September, with works expected to take 12 months to complete.