A SENIOR Government minister today issued a defiant message to the vandals who caused extensive damage to the World War 1 Memorial in Kilkenny.

There has been an outpouring of public outrage this week after it emerged that the carved stone face of the fallen soldier statue at the centre of the monument had its nose sheared off and helmet damaged.

In a statement, the Minister for Culture, Heritage and the Gaeltacht, Josepha Madigan, today expressed her “sadness” about the attack on the memorial in Kilkenny’s Peace Park, which commemorates the 822 men and five women from the county who lost their lives in World War I.

Minister Madigan (pictured below) said: “For decades, the stories of the Irish men and women who suffered terribly and died in World War I remained largely in the shadows, invisible and unspoken. Yet their experiences had a profound impact on the island of Ireland and, would, almost certainly, have affected every community in the country.

“It is currently estimated that at least 35,000 men and women from the island of Ireland did not make that journey home, leaving countless families and communities to grieve their loss.  Throughout the Decade of Centenaries, we have explored with respect and compassion, the differing motivations of those from this island, of all traditions, who lost their lives – we will never know how they would have contributed to the newly emerging State, had they not died before their time.

“The Decade of Centenaries has shone a light on their stories, many of which were never previously heard and we have acknowledged our common humanity.” 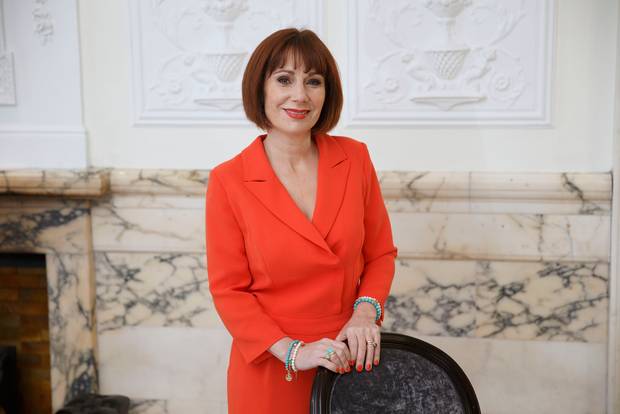 Minister Madigan said the people of Ireland will continue “to show maturity and understanding in respectfully reflecting upon differing perspectives on our shared history”.

And she added: “We will continue to give the men and women who fought in the cause of Irish freedom and those who fought in World War I their rightful place in history, as we seek to strengthen peace and reconciliation on the island of Ireland.”

Kikenny gardai are continuing to investigating the attack on the memorial.

They have appealed to anyone with information about the incident to contact Kilkenny Garda Station on 056 777 5000.

Kilkenny couples get baby, or their money back, vows IVF company