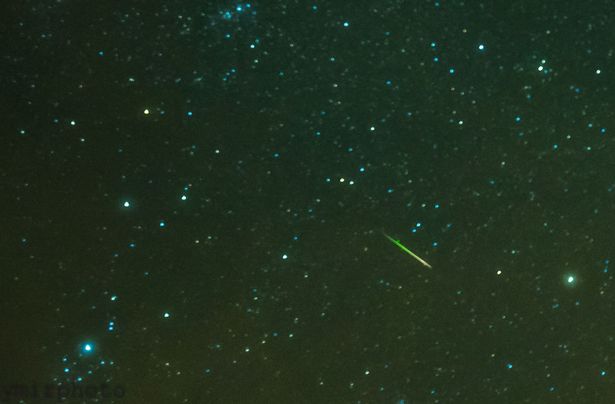 Hundreds of shooting stars could be observed in the skies over Kilkenny tonight as the largest meteor shower of the year, the Perseids, will light up the night.

The show will start shortly after dark and is a result of a comet, Swift- Tuttle, which passes the Sun roughly every 130 years. It last orbited the Sun in 1992.

An Astronomy Ireland spokesperson said: “The Perseids have been observed for around 2000 years, and are the result of Earth passing through a cloud of dust left behind Comet Swift-Tuttle.

“As Earth moves through this cloud, the particles fall into our atmosphere and burn up, creating spectacular streaks of light in the sky, known as meteors or shooting stars.

“This shower is named after the constellation Perseus, from which the meteors appear to come from in the sky.

“If you trace back the path of a Perseid, you will find that it appears to come from a point in the north east, maybe halfway between the horizon and the zenith (the point straight above your head),” they concluded.

The dazzling show will be visible to the naked eye, however, it is advised for best viewing to avoid street lighting to witness the full effect.