ST PATRICK’S DAY: Your guide to all of today’s fun events throughout Kilkenny city and county 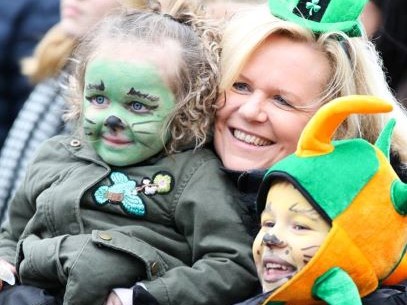 MET ÉIREANN has some good news for the thousands of people expected to turn out for the St Patrick’s Day parades in Kilkenny city and county today.

Kilkenny is set to avoid rain and showers forecast for elsewhere in the country, with spells of sunshine and just a few scattered showers in parts of the county later in the afternoon.

This morning began brightly, and it’s expected to remain sunny and dry for the afternoon throughout Kilkenny and most of Leinster.

Met Éireann said: “St Patrick’s Day will be a fresh day with sunny spells and scattered blustery showers, most of these occurring in the afternoon. Dry with bright sunshine to end the day generally. Highest temperatures will be between 8 or 9 degrees.”

The positive forecast will be music to the ears of families and revellers who will line the streets of Kilkenny city, Ballyragget and Urlingford for today’s parades.

Up to 15,000 are expected to pack into the city-centre for the main event, which kicks off at 1.30pm. The parade will be led by this year’s Grand Marshall, hero cervical cancer campaigner Vicky Phelan (pictured below).

The parade will follow a new route this year, starting at the Market Yard and travelling via Parliament Street, High Street and The Parade to finish on the Castle Road. This will be followed by events in the Castle Park.

Patrick Street will be closed from 9am to 5pm, while John Street, Rose Inn Street, Market Yard, Bateman Quay, Parliament Street, High Street, The Parade and Castle Road will be closed off to traffic from 11:30am to 4pm. Diversions will be in place via the N10 (Ring Road). 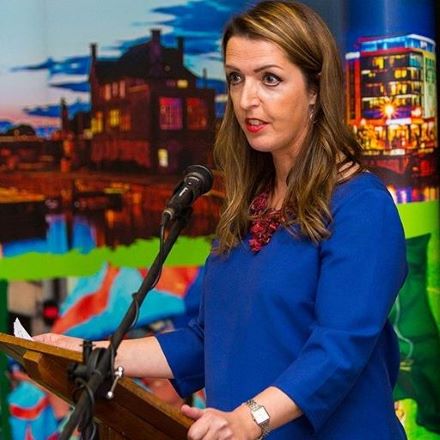 Traffic restrictions will also be in place as Ballyragget stages its first ever St Patrick’s Day parade, which gets underway at 12.30pm.

The parade will begin on High Street and travel onto Patrick Street, along the Square, up Moate Road and around the green. Rolling road closures will be in place along the parade route.

Similar restrictions will come into effect for the parade in Urlingford, which begins at 1.30pm.

The parade will travel in both directions on the Main Street (the old N8). Traffic will be closed to the old N8 for the duration of the parade. Motorists are advised to use the M8 to bypass the town or use alternative routes for local access.

Meanwhile, Thomastown is revving up for another wheely great St Patrick’s Day get-together as the Wheelbarrow Dash returns.

The parade in the town will be followed by the Thomastown Community River Trust’s annual Wet the Shamrock river swim.

Over 60 wheelbarrows entered last year’s event – creating a fun and colourful spectacle featuring all ages and some fantastic creativity. Registration is from 11:15am – 11:45am at the Quay Car Park. Wheel-off will commence at 12pm and the procession will move clockwise through the town via Low Street, into Market Street, turning right onto Pipe Street and down Logan Street before returning to the Quay Car Park for prize-giving at 12.30pm.t

The Road Safety Authority (RSA) warned motorists that the gardai will be “out in force targeting drivers under the influence of drink and drugs” over the St Patrick’s Weekend.

Drinkaware has also challenged tipplers to “break the Irish drinking stereotype this St Patrick’s Weekend” and urged them to use caution over the long weekend.

A spokesperson said: “The long weekend also provides more opportunities to bring the family together at home,  which makes it more likely that children will be around adults who are drinking.” 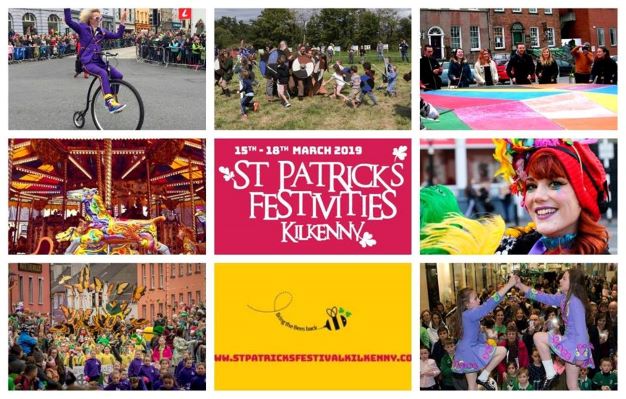 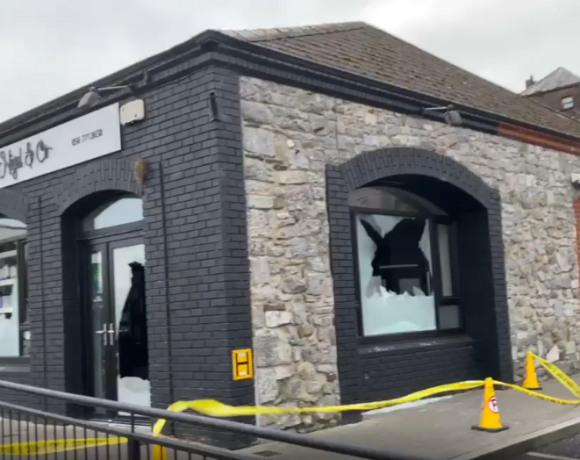