“Get Brexit Done” was the simple and effective mantra Boris Johnson swept the Conservative Party back into power on the back of, securing an overwhelming majority in the UK elections overnight.

The electorate bought it and probably think ‘that’s it done’ and everything will go back to the way it was just before David Cameron called the Referendum – no problems.

However, to ‘get Brexit done’ they need to reach a deal with their divorce partner, the European Union. And playing the role of the ‘woman scorned’ in these talks is Ireland’s Commissioner to EU, Kilkenny’s Phil Hogan. 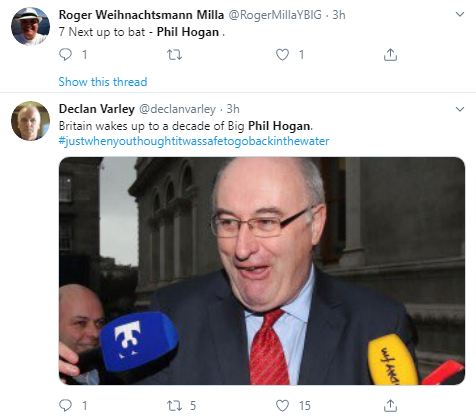 Commissioner Hogan is only weeks into his new role as the EU’s Trade Commissioner but has already made an impact and put a marker down. Just yesterday he warned the USA and other trading partners such as China that the EU could impose tariffs on them if they refuse to settle trade disputes through the mechanism of the World Trade Organization. It is no idle threat as he zones on areas such as steel and aircraft manufacturing

Commissioner Hogan’s skills have not gone unnoticed in the Conservative Party and the halls of power in Westminster. Last night just moments after hanging onto his seat the UK Foreign Secretary Dominic Raab name checked Phil Hogan on Sky News – if Raab remains in the role of Foreign Secretary he will become quite familiar with our man in Brussels over the coming year.

The Twitteratti seem to be looking forward to their clashes. 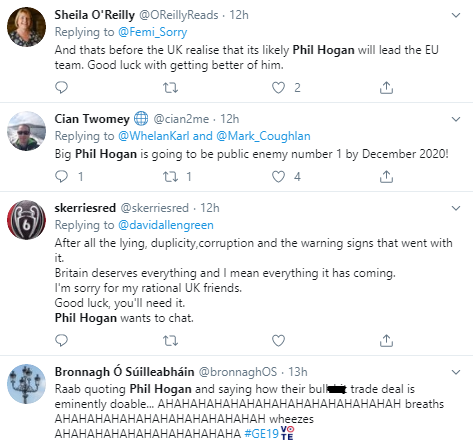 The message to get it done may have gotten through to an exasperated public in the UK but whether it resonated in Brussels or with Commissioner Hogan is an entirely different scenario. Ultimately, he could hold the key to how Brexit gets done and on whose terms.

The Tories are comparing this election victory to their good old days under Maggie but may find to their surprise instead that Big Phil “is not for turning.”

Make sure to come back at 3.30pm for Michael Wolsey’s UK ELECTION ANALYSIS. 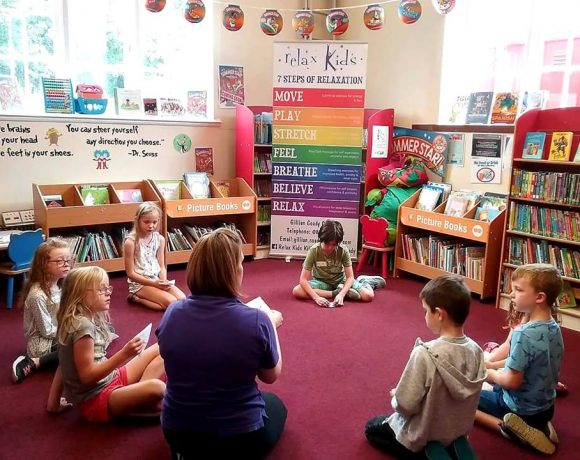