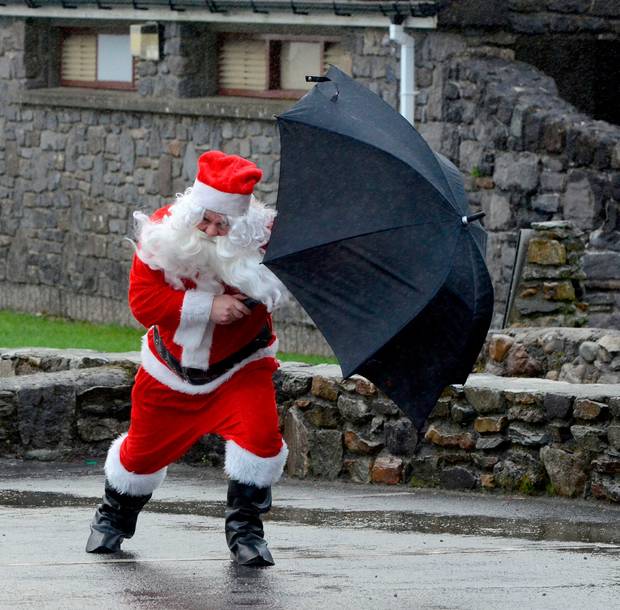 Hold on to your Santa hats folks – the crazy weather shows no sign of letting up.

Met Éireann has issued two weather warnings for Kilkenny, warning us to prepare for high winds and heavy rains.

Just as the ice that has been playing havoc on Kilkenny’s roads thaws out, a new weather front is set to roll in bringing lots of rain and very strong winds.

Met Éireann said: “Heavy rain will push northeastwards on Wednesday with rainfall accumulations of 30-40mm (over an inch) expected with the risk of localised flooding.”

The warning is valid from 4am tomorrow morning until 7pm.

Met Éireann has also issued a Status Yellow warning for the entire country, with winds of up to 100kph forecast.

The warning takes effect at noon tomorrow and will remain in place until 11:59pm.

Why Kilkenny communities are flocking back to their local libraries